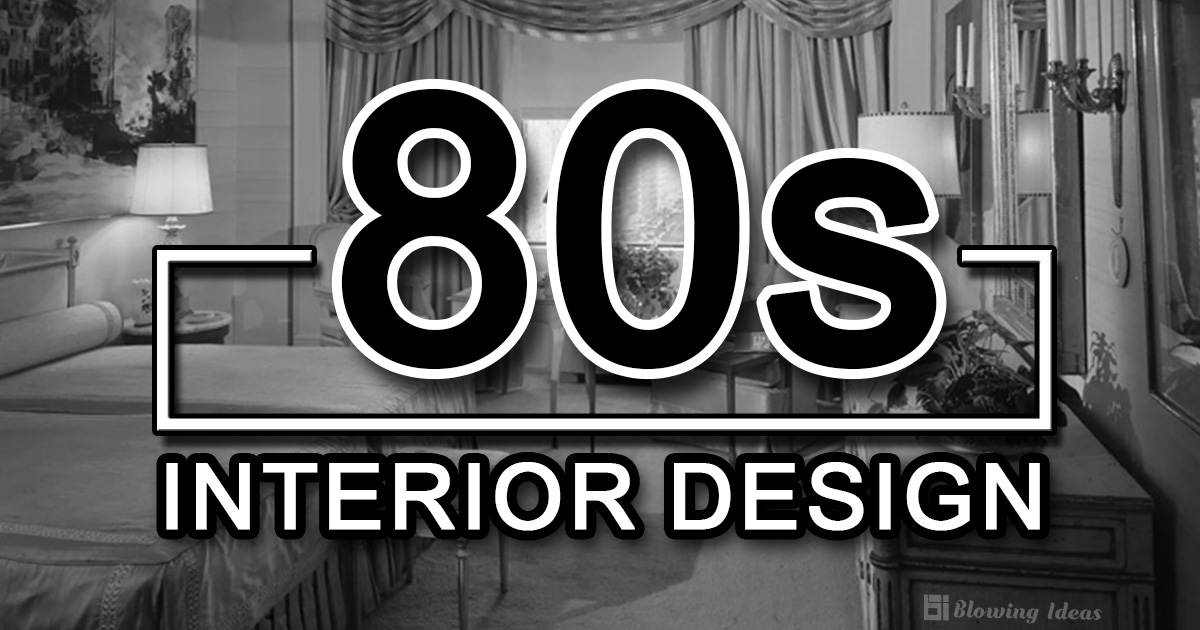 80s interior design ideas for home decor. Everyone who grew up in the ’80s will tell you it felt like another century, not just another decade. The charts were dominated by Huey Lewis and the News, Members Only jackets were not just something people wear at Halloween events, and hair was bigger than ever.

However, one of the most significant differences between today and the Reaganomics period is the design choices that we made inside our homes. The ’80s gave rise to countless trends in interior design, from glass brick walls to floor-t0-ceiling chintz, which today are nothing more than a distant memory.

So, take a ride back in time with us as we discuss home trends that someone who lived through the ’80s can’t help but feel a little nostalgic for. Was it a wall? A Hidden Window? And clearly a blatant bad idea? Whatever your take on the glass brick phenomenon, there’s no denying that these transparent blocks were all over the ’80s. We are here for example in Look Who’s Talking in 1989, starring Kirstie Alley and John Travolta.

Considering their success in the design of the 80s, glass bricks in that decade — or even that century — were not actually made. The Falconnier Hollow Glass Brick, developed by architect and inventor Gustave Falconnier in the late 1880s, was an early example of the glass blocks that we know today and that we love.

Although commonly seen in motels today, vertical blinds have been a major theme in the ultra-modern decor of the ’80s. Yet their poor reporting of the window — coupled with their regular break-up — has made them a thing of the past.