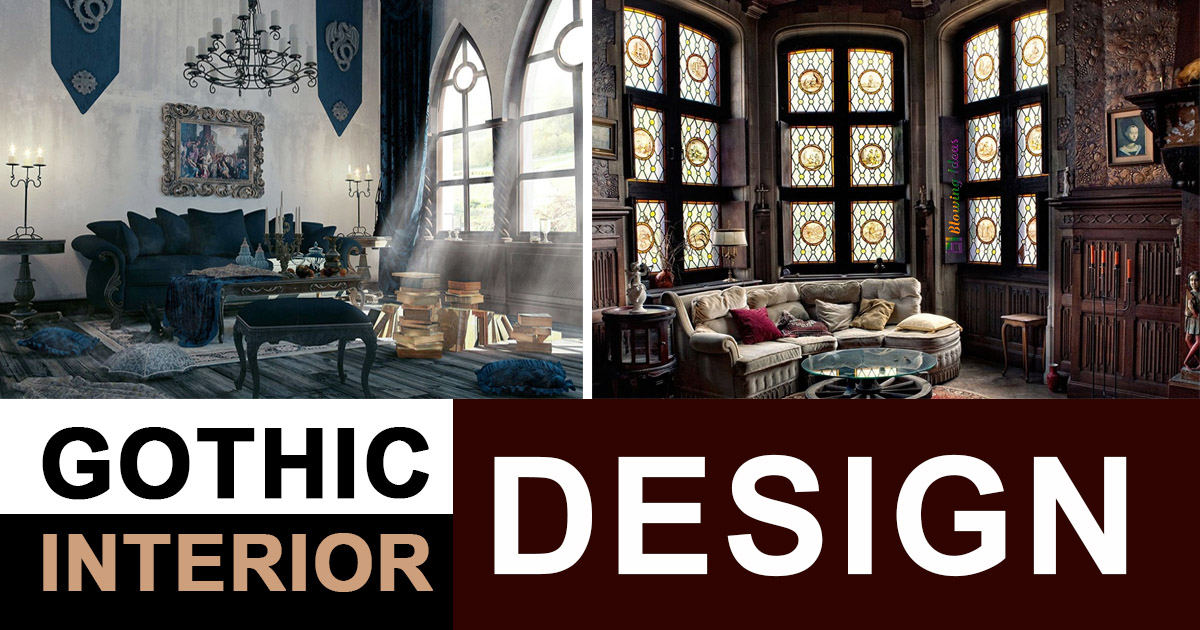 The standard image of a gothic space is sending shivers down most people’s spine. In fact, Victorian Gothic is an architectural style found as early as the 1740s with designs so elegant and intricate that modern homeowners attempt to integrate these characteristics of gothic design into their homes’ look and feel.

Gothic cathedrals are beautiful and inspiring-how would you like to stay in them? During this article, we will explore the Gothic design theme and see what characteristics characterize it. If I were to invite you to a party at a Gothic-style home, what would you expect? Anything like a Halloween party, with torches lighting up the stone walls? Chains hanging from the wall, huh? A fountain?

In fact, the Gothic style of interior design is one that is sometimes misunderstood. Far from implying a spooky and colorless room, this style is characterized by light and ornate decorations, but it can also have a serious or somber tone. This makes the Gothic style of interior design one that is dramatic, thrilling, and all-round fit for a king.

Gothic architecture first took the stage during the medieval era around 1150 AD, when it became a major part of the design of houses. It was known then as the “French Model.”

Several beautiful examples of the Gothic style can still be found in the United Kingdom and in Europe in general and in Paris, France in particular. The design is most evident in the Gothic cathedrals that have been built to last for centuries.

The Gothic style of interior design is sometimes confused. It was mainly presented as a spooky and colorless space that could somehow be mistaken for its severe or somber tone, but this style was intended to be characterized by light and ornate decorations that opposed the previous period of Romanesque, one that was dramatic, exciting, and fit for the king.

Gothic Victorian furniture was made of heavy, solid oak and decorated with period designs. Chairs, headboards, and cabinets abounded with arches, curved frames, and thick fabrics made of rich, majestic colors. If you’re influenced by Gothic architecture, consider retired items from the old church, including pews, benches, altar seats, or treble tables.

First of all, understanding Gothic architecture requires an appreciation of what this style is and what it is not. The word Gothic is commonly used in medieval churches starting in the 12th century. The Gothic cathedrals were immense in size and scale, backed by architectural techniques that had been lacking since the fall of Rome.

For centuries before these churches were smaller structures with dark interiors, the Gothic churches, on the other hand, were gatherings of light and divine grandeur. Identifiable by features such as stained glass windows, pointed arches and ornate decorations on every surface, Gothic architecture is beautiful.

There’s just one question out there. The Gothic style was used for large churches, not for private residences. So, how are you going to build a house to look like a church? If we talk about Gothic interior architecture, we don’t really talk about medieval times. We’re thinking about the Victorian period of the 19th century, when designers revived Gothic motifs and developed the Neo-Gothic style of architecture.

This is not a style that is shy or understated. Drape the high-end fabrics while making a gothic house. Using strong, carved wooden furniture with curved ornamental features. Plan your Gothic living room with a lot of decorative details. Your goth bedroom is going to be decadent, elegant and extremely sensual.