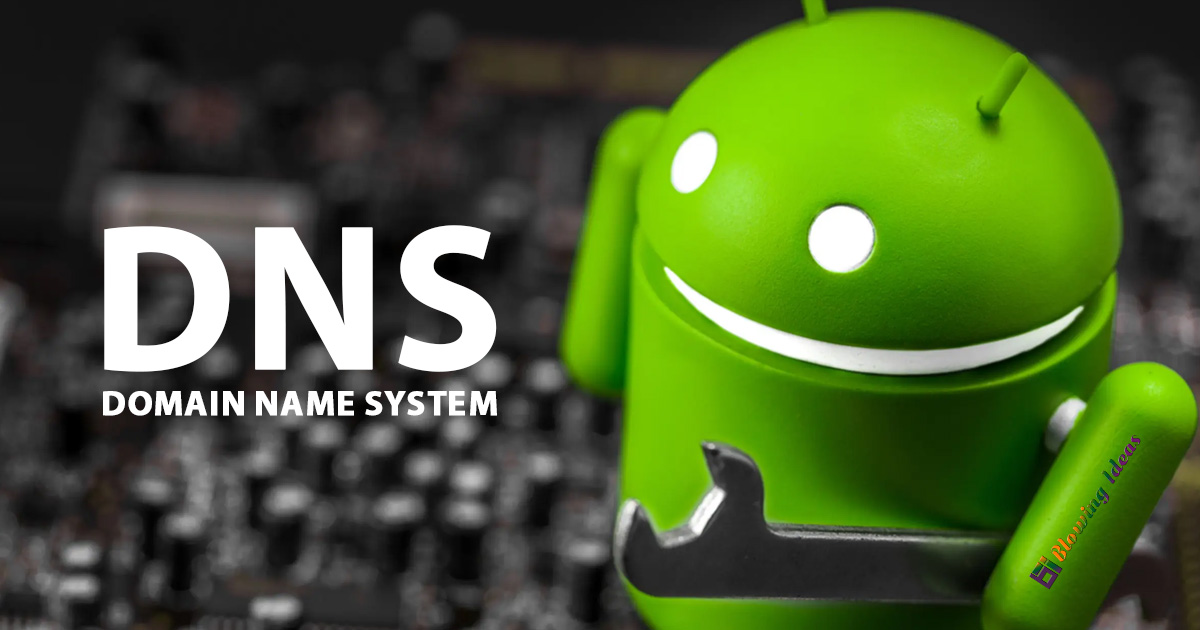 Best DNS Changer Apps For Android 2023. This article has discussed some of the top DNS changer apps for Android, which can help you simply change your Domain Name System. You can now change the DNS Android mobile network that your ISP uses on their DNS Servers. The main reason people modify their DNS servers from their Internet service providers is because of network or server issues that prevent them from accessing certain websites or having high ping while playing games.

DNS, or Domain Name System, is a critical system that connects domain names to their respective IP addresses. However, as we all know, different ISPs utilise different DNS Servers, and users frequently experience DNS-related troubles while utilising their ISP’s default DNS Servers.

Unstable DNS servers can cause a variety of problems such as DNS Lookup Failed, Err Connection Refused, and so on. To avoid all of those DNS-related issues, utilise Public DNS servers. Another advantage is that public DNS servers give faster browsing and resolution times. Top 14 Best DNS Apps in 2023.

Changing your DNS servers can help you avoid error messages such as Err Connection Refused and DNS Lookup Failed while connected to the internet. Thus this is a legal modification to your DNS server, and a good VPN may simply do the trick till your ISP changes it from their end, so some of the programmes mentioned above act almost like VPNs, even though they aren’t. Because this is a tutorial for Android users if you have a PC and are experiencing DNS server errors, here’s how to change the DNS on Windows 11 and 10.

Public DNS servers, such as Google DNS, OpenDNS, and others, provide improved security as well as a faster browsing experience. Switching DNS on Windows machines is simple, but on Android, things become more complicated.

So, in this article, we’ve decided to provide a few DNS changer apps that will reduce the need to manually configure DNS servers on Android.

This is yet another DNS Changer app for Android that can be used without root access, which is to be expected given that you are changing your ISP (SIM Card) DNS Server rather than your device system settings.

It provides over 20 DNS addresses, supports both mobile data and Wi-Fi, works with numerous Android devices, unblocks banned websites from your ISP, and is a lightweight application. It is the finest programme for playing PUBG without lag or ping difficulties, according to user reviews, and it is free.

This DNS Changer Apk has custom DNS settings that allow you to select your preferred DNS provider. All DNS queries are encrypted with HTTPS (DoH) and TLS (DoT) protocols for further security. It also prevents your Internet service providers from viewing your browser data.

If your children have Android phones, you can use this programme to safeguard their safety by screening inappropriate content such as matured content on websites, and so on. Furthermore, this DNS changer tool can safeguard your device from malware and threats such as phishing, ransomware, and the list goes on, so it’s worth a go.

DNS Changer may be the best option if you need to change your DNS quickly. What do you think? DNS Changer works on both rooted & non-rooted Android smartphones and offers a diverse set of DNS Servers.

The software is small and lightweight, and it finds the fastest DNS server based on your location. It also has IPv4 and IPv6 support as options.

To be honest, I’ve never seen an application with as little CSS design, needless functionality, or complexity as this one. It only has one button to connect or detach, and there are no advertisements, thus it has garnered a lot of attention, with over 100k users. With a single click, your DNS server is upgraded to a more powerful, faster, and trustworthy one that can access sites blocked by your ISP. The app is free and does not require registration; simply hit the red button to connect and watch it turn green.

If DNS problems on your Android are interfering with your web browsing experience, you should try Fast DNS Changer. Fast DNS Changer offers users 15 alternative DNS Servers to pick from.

It is yet another fantastic DNS Changer for Android that you may use right now. Change DNS, like all other DNS Changer apps, works on both rooted and non-rooted Android smartphones.

Change DNS has the advantage of automatically changing the DNS when your device boots. You can also configure separate DNS servers for mobile and WiFi access.

It is yet another of the top free DNS Changer apps on the list, allowing users to switch between DNS servers. The best feature of Blokada’s DNS changer is its user interface, which is sleek and well-organized.

It is a DNS changer programme that does not require root access and is accessible on the Google Play Store. The nice part about notwithstanding – a DNS changer is that users may modify almost everything.

The DNS Changer app for Android allows you to configure IPv4 and IPv6, as well as disable IPv6. The app is completely ad-free and works perfectly on non-rooted smartphones.

WiFi Settings isn’t quite a DNS Changer programme, but it does allow users to adjust DNS. It is an Android app that allows users to change their WiFi settings.

Engels is the best DNS Changer tool if you want to change your DNS without requiring root access. Without root access, you can easily modify the 3G & wifi DNS information with Engels.

The DNS Changer app is a relatively new addition to the Google Play Store. DNS Changer – Lilly is unique in that it uses Android’s VPN service functionality to configure a DNS Server for all types of connections.

The DNS changer app for Android provides a large number of public DNS servers to choose from. It also supports IPv6 and IPv4.

Speedy DNS Changer is a new Android DNS changer app that is available on the Google Play Store.

The programme has numerous DNS server presets, such as Google DNS, OpenDNS, and Cloudflare DNS. To enable the new DNS server on your Android smartphone, simply select one of them.

Most of the DNS changer apps discussed thus far function quite well, and this one does as well, but it has a unique feature that supports not just WiFi and Android Mobile Networks like 2G/3G/4G/, but also 5G.

So this improves your internet browsing, streaming, and gaming experience; you can now access any website or movie you desire. The programme still has to be improved because it is filled with advertisements, but it may break through and get more users, thus it is on our top ten list.

So, those are the best DNS Changer applications for Android available right now. And these are the best DNS changer application for Android that is free and alter your Android mobile phone network Domain Name Server for better surfing, streaming, gaming, and access to any websites you want. If you know of any other superior apps that should be featured, please let us know in the comments section and we will take your suggestions into account. Please let us know if you know of any additional apps like this in the comments section below.

10 Unique Tips for a Bridal Shower

10 Famous Entrepreneur in the World