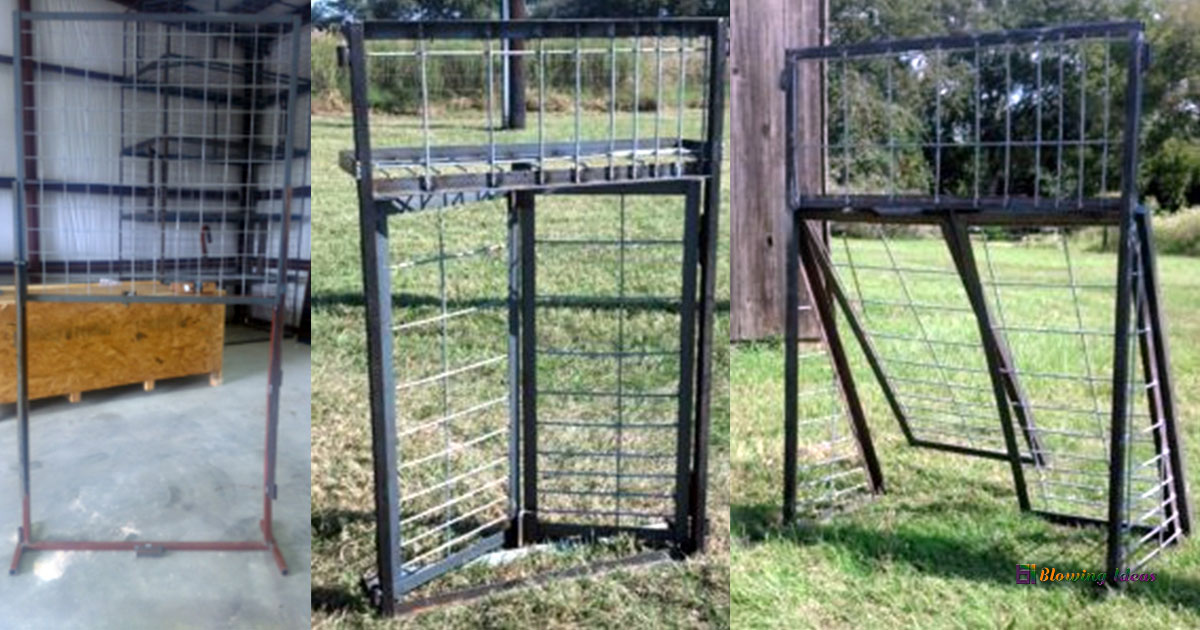 Hog Trap Door Designs. One of the most frequently asked questions I get is which type of hog trap door works best in a wild hog corral trap. There is no “best” door; they all have advantages and disadvantages, and it all comes down to personal opinion.

I’ll go through the many types of doors, as well as their benefits and drawbacks, so you can pick which one is ideal for you.

When you trigger the guillotine door, it rises to make an entry into your trap and then falls straight down. This is not a “continuous trapping” door; once closed, it remains closed unless you are manually open or reset it. I prefer the guillotine door since it has a larger opening and is positively closed with an active latch to keep pigs from rooting it open once fastened. The negative is that cattle and deer are more likely to enter the trap when it has a larger entrance, so when utilising an animal activated trigger, you run the chance of trapping off-target animals.

Cattle and deer can be deterred from entering by laying a strand of barbed wire across the aperture approximately 3′ above the ground; wild pigs will go straight beneath it. If you use a cellular controlled door trigger, this becomes irrelevant, and the sole disadvantage of employing the guillotine door is that it does not provide continuous trapping. According to a study conducted at Auburn University in 2014, continuous trapping does not occur very often, therefore losing that skill may not be a significant disadvantage. That study can be found here.

When activated, the saloon doors open into the traps & close against one other. A pair of springs hold them closed in a V form, allowing for continuous catching. Because of their ability to be continuous, I sell more saloon doors for corral traps than any other style. Our saloon doors have a slightly shorter aperture than the guillotine door, so deer or cattle are less likely to enter the trap through the door.

Because they aren’t positively locked with a latch, there’s always the chance that a clever pig will figure out how to hold the door open and let the other pigs out, or that it will figure out how to open it from the inside. I’ve never had a situation like this reported to me with corral traps, but I have had individuals tell me that they’ve seen sows hold open the swing doors on box traps to allow their piglets to enter and eat the corn before exiting beneath the mother.

I don’t think this happens frequently enough to be a genuine worry, but I’ll disclose it nonetheless for the sake of full disclosure. While I prefer the guillotine door, I wouldn’t hesitate to put up a trap using a set of saloon doors if that’s all I had.

The root door is my least favourite of all the doors since it can form a ramp within the trap for pigs to escape over the top, and their natural desire to root at the edges means that this has been the type of door they are most likely to be able to open from inside. However, for these reasons, this is also the door that is most likely to function as a continuous trapping door, as demonstrated by the Auburn study referenced above.

There really are things that could be done to reduce the likelihood of pigs escaping through one of these doors, including adding a cantilevered piece of a panel at the top of the trap as well as putting a solid piece of metal or wood on the door, but I believe that the other options are simply better doors and do not recommend root doors due to the added complexity in making these doors escape-proof. Furthermore, if you want to install a cellular controlled trigger on one of these doors, you’ll need to link the different panels to form one large, heavy panel that the cellular trigger will control.

When you are doing this, you lose the main characteristic that facilitates continual trapping with these doors, which are the smaller, lighter panels that can be readily rooted up by a single pig. While I will still make these doors if someone insists on them, I don’t particularly like them and cannot recommend them.

That covers the three major types of doors found on corral traps. I welcome any feedback or questions about this content.