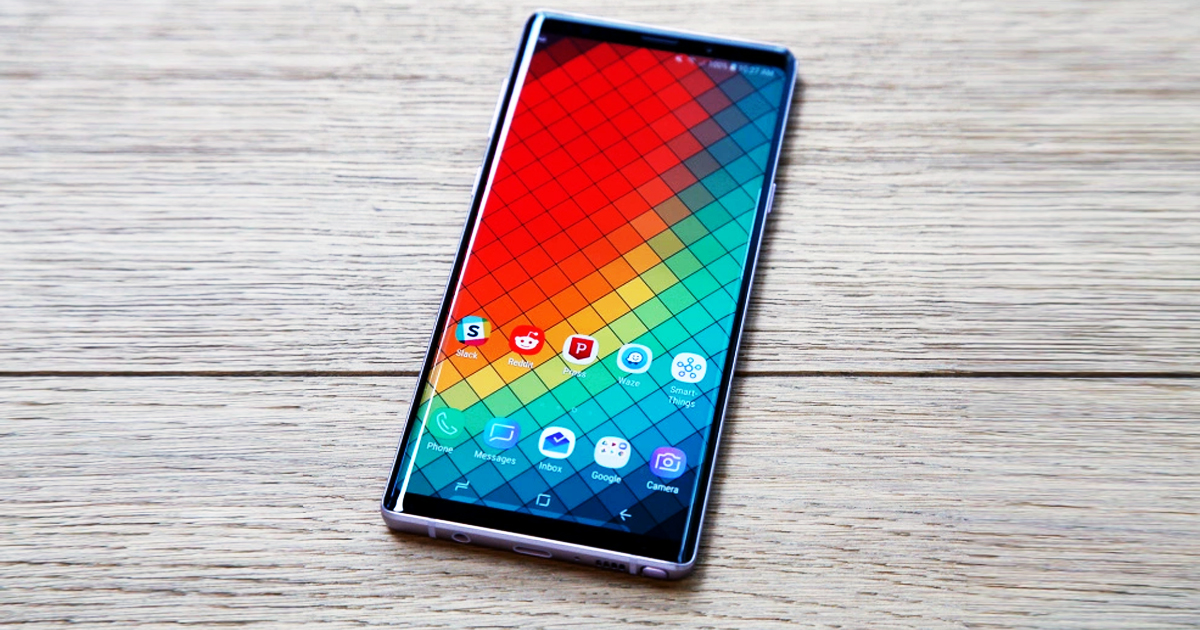 Samsung might do something with the Galaxy Note 10 that has never been done before. Samsung has just announced the official pricing and release date for its new Galaxy S10 5G. The other three S10 models — Galaxy S10e, Galaxy S10e, and Galaxy S10+ — are already available for sale in every major market, and the upcoming Galaxy Fold is set to finally hit store shelves on April 26.

That leaves Samsung’s launch of another big flagship smartphone in 2019, and the Galaxy Note 10 is shaping up to be the most impressive handset of the year. Everything we’ve seen so far in 2019 from Samsung has been quite impressive, indeed. The Galaxy S10 series ‘ bold new design is a breath of fresh air compared with last year’s boring and uninspired Galaxy S9.

Fortunately, the S10 has a beautiful all-screen design and it’s packed with nifty new features. Then there’s the Galaxy Fold that had been teasing the company for years before it was finally unveiled back in February. The design isn’t as impressive as what we’ve seen from Chinese smartphone manufacturers like Huawei and Xiaomi, but Samsung’s first smartphone with a foldable screen will definitely turn heads later this month.

However, as great as all those phones, the Galaxy Note 10 may eventually become Samsung’s crop’s cream in 2019. Now, a new report suggests that this year Samsung is changing its Galaxy Note strategy and doing something with the upcoming Galaxy Note 10 that it has never done before.

With only a few months left to go, leaks have begun to flow until the Galaxy Note 10 is expected to be unveiled. All we have heard so far has been very good news. The Galaxy Note 10 is expected to feature a new design that borrows from the all-screen look of the Galaxy S10, but it’s likely to be a little more square as this has been the case with all Note phones over the past few years.

Also Read: Google says the Play Store is more secure than ever

We have heard that the new Note 10 is likely to feature a quad-lens camera system on the back with some nifty new features, and we also know that Samsung’s flagship phablet will have a 5G version. Now, a new report suggests that this year will come to another major change.

Samsung plans to release two different Galaxy Note 10 models this year, according to the Korean-speaking financial news site The Bell. We’re not just talking about another 5G support SKU with the same design as the regular Note 10, we’re talking about a completely different version of the phone.

The report states that Samsung will release a major Galaxy Note 10 model in all key markets around the world, but there will also be a limited launch in the second version of Note 10 with a smaller display. This new smaller Galaxy Note 10 model will be released only in European countries, according to the sources of the site.

Reportedly, the smaller Galaxy S10e model from Samsung’s new S10 lineup has been selling quite well around the world, so it seems odd to think the company could confine the smaller Note 10 version to just one region. As for the Galaxy Note 10 main version, the report states that there will be a 6.7-inch AMOLED display on the phone, but it does not provide any other device details.

In some Windows 10 sandboxes, Microsoft has hidden Chromium Edge