Home Meet the Nokia X71, a smartphone with triple-camera and a display hole
Technology News 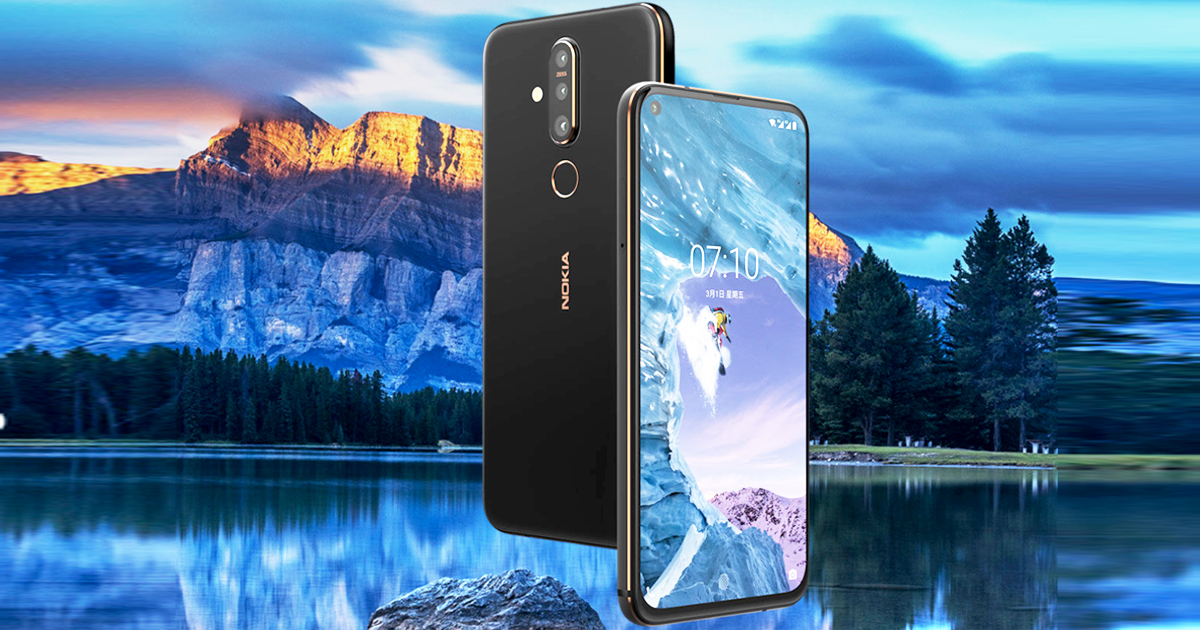 Meet the Nokia X71, a smartphone with triple-camera and a display hole. Nokia has remained loyal to the traditional 16:9 aspect ratio throughout 2017. Then, in 2018, both 18:9 displays and notched panels were openly embraced by the firm. And today the Finnish brand has adopted the next smartphone trend – display holes – with the unveiling of the Nokia X71 in Asia.

Like many of the Nokia smartphones that preceded it, both slim bezels and a slightly thicker chin are sporting up the Nokia X71. This is combined with a small camera cutout in the top-left corner (home to a 16-megapixel selfie snapper) and an in-ear speaker along the frame’s edge, thereby eliminating the need for any kind of notch.

Turning the Nokia X71 over reveals a familiar rear design centred around the elongated vertical camera configuration. This particular device does not boast five individual cameras such as the Nokia 9 PureView flagship, but it does not settle for the dual-camera setup that is so often seen on Nokia devices. It actually uses a versatile new triple-camera layout branded by ZEISS.

The Nokia X71 uses a new 48-megapixel camera that boasts an f/1.8 aperture as its primary sensor. This will then be combined with a separate 8-megapixel sensor coupled with a wide-angle lens of 120 degrees. The smartphone also features a dedicated 5-megapixel depth sensor as an added bonus that should help with bokeh imagery.

Users can find a dual-tone LED flash and a traditional fingerprint scanner just below the cameras elsewhere on the rear of the smartphone. The Nokia branding is also present towards the device’s centre.

An aging processor combined with a lot of storage

If we were to open up the Nokia X71 and check its internals, the Snapdragon 660 it carries might be the most prominent internal component. This chipset was previously used in the Nokia 7 Plus last year and should deliver relatively decent performance.

But at this point it’s pretty old–the Snapdragon 660 was first announced back in May 2017–so a welcome addition would have been a newer chip. In any case, an impressive 6 GB of RAM and 128 GB of internal storage is also the latest Nokia device. If that’s not enough, buyers can also expand it through the micro-SD card slot included.

Other features on the Nokia X71 include Android 9 Pie, a 3,500mAh battery that supports 18W fast charging, a USB-C port, a 3.5mm headphone jack, and a unique, built-in LED notification light.

A handful of Asian countries, including Taiwan, will release the Nokia X71 on April 30. In terms of pricing, the new smartphone is set to retail on the market at TWD 11,900, which at the current exchange rate is equivalent to about $385/€345.

HMD Global – the company behind Nokia’s recent smartphones – has yet to announce plans to launch the Nokia X71 internationally, but if it does, the device is likely to be marketed under another name.

Overall, the device looks quite close to the upcoming Nokia 6.2. However, the latter is expected to dissect the depth sensor added to the Nokia X71. A slightly smaller 6.2-inch display and Qualcomm’s Snapdragon 632 are also expected to feature the Nokia 6.2.

These differences would suggest that the Nokia X71 will arrive internationally either as a Nokia 6.2 variant – Nokia 6.2 Plus – or as part of the Nokia 8 series, possibly the Nokia 8.1 Plus. Ultimately, however, at this point, this is purely speculation.