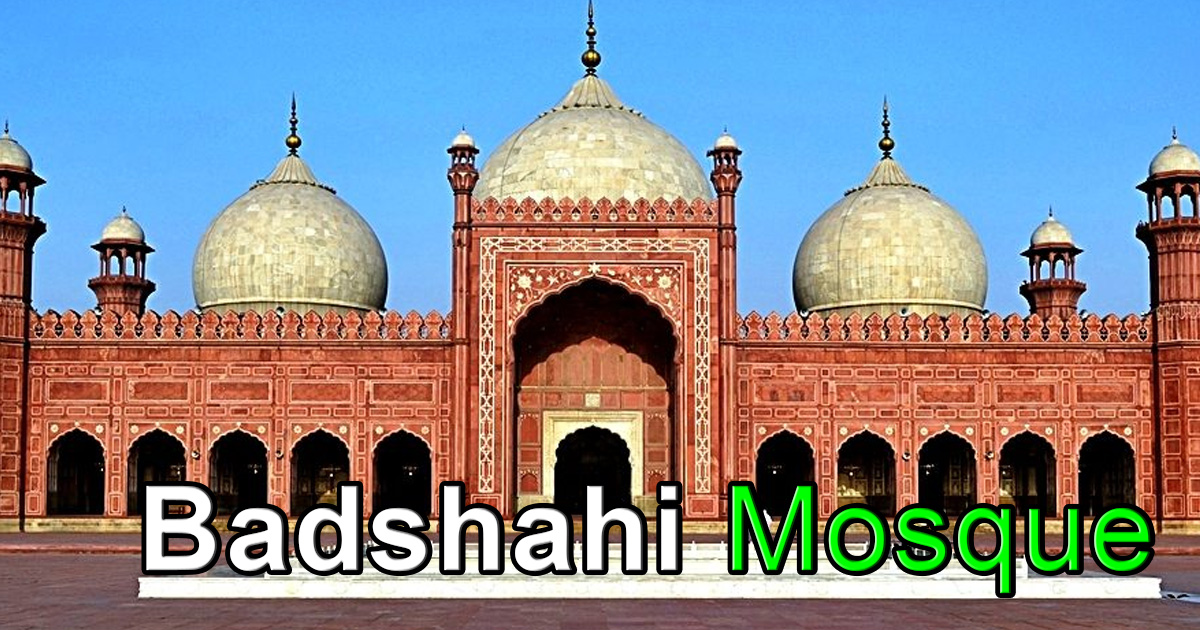 Badshahi Mosque Pakistan | Most Beautiful Masjid. The Badshahi Mosque (“Imperial Mosque”) is a mosque of the Mughal period in Lahore, the capital of Punjab province, Pakistan. The mosque is situated west of Lahore Fort along the outskirts of Lahore’s Walled City and is widely regarded as one of the most iconic landmarks in Lahore.

Emperor Aurangzeb built the Mosque in 1671, with the mosque building lasting for two years until 1673. The mosque is a notable example of Mughal architecture, with an exterior decorated with red sandstone carved with marble inlay.

Aurangzeb, the sixth Emperor of Mughal, chose Lahore as the location for his new imperial mosque. Unlike the former emperors, Aurangzeb was not a major patron of art and architecture, but focused on various military conquests during most of his rule, adding more than 3 million square kilometres to the Mughal empire.