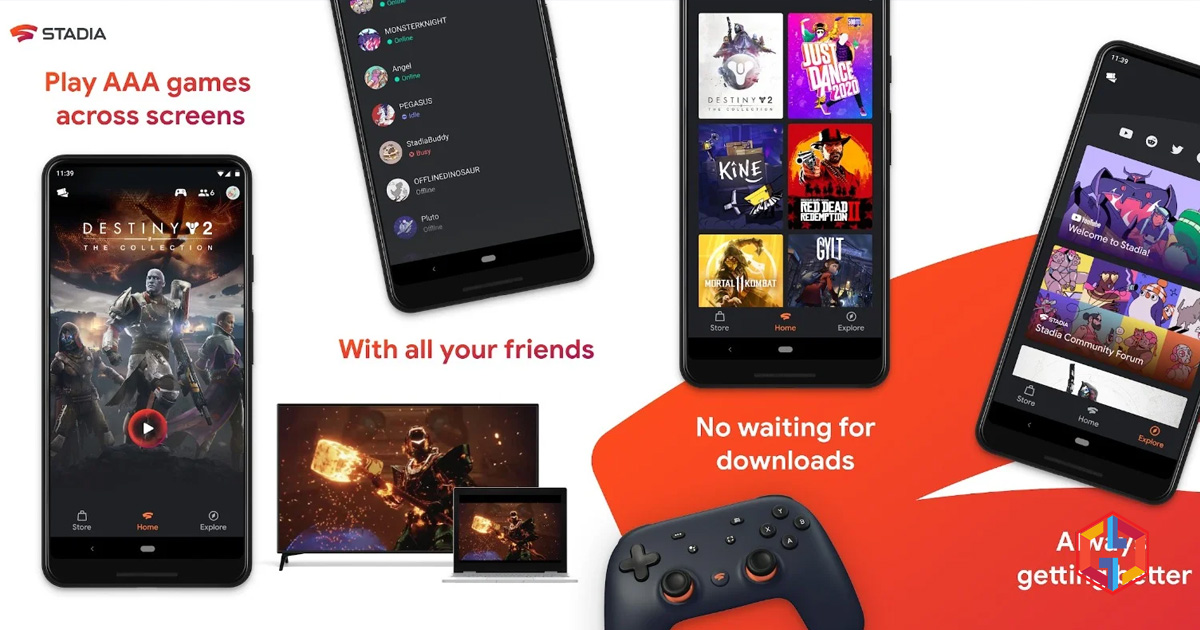 Google Stadia now available on the Play Store. Google Stadia is Google’s cloud gaming service This supports a high dynamic range and can stream video games at 60fps with a resolution of up to 4K. Nonetheless, a good high-speed internet connection is needed (no issue for users of 5G).

This is a little surprising as we were waiting for the Google Stadia App. Stadia should only work on the new smartphones from Google for now. There are reports, however, that this software can be downloaded on many other phones (surely not on the Xiaomi Mi 9SE and Xiaomi Mi MIX 3 I use). You may still be able to manage Stadia accounts if you are unable to play on other phones.

Access needs an invitation code and this code is not currently available for non-Google devices. For Google Pixel 2, Pixel 3, Pixel 3a and Pixel 4, Stadia was officially announced. You can still play it on your PC via Chrome or Chromecast Ultra if you can’t access it on your phone.