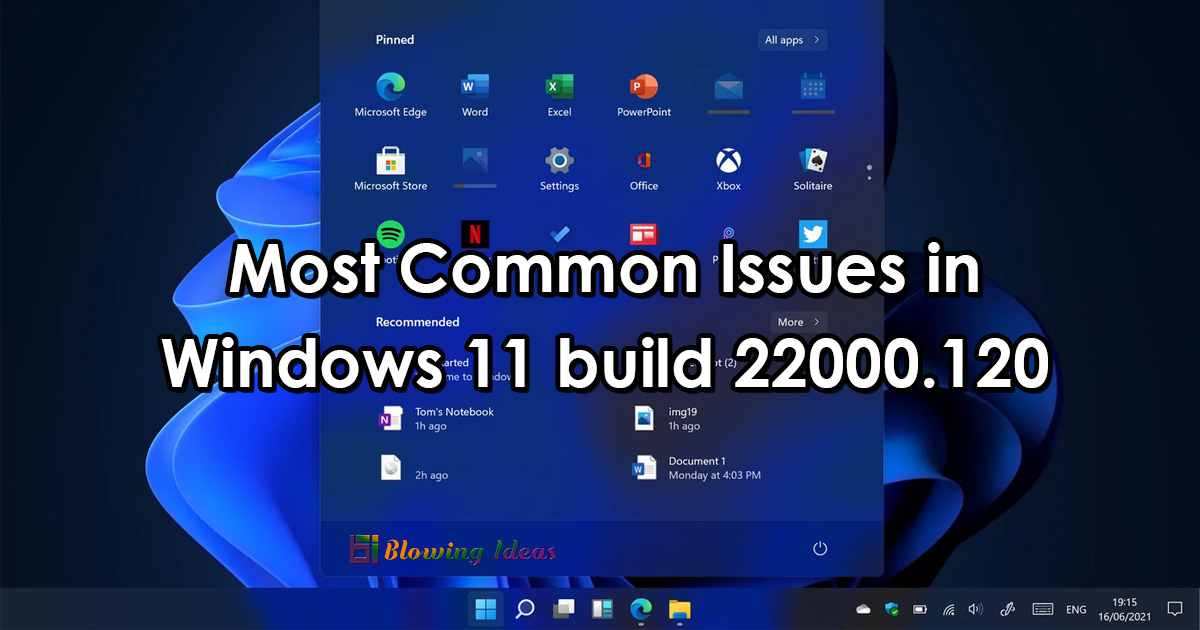 Most Common Issues in Windows 11 build 22000.120. Microsoft published Windows 11 build 22000.120 to the Dev and Beta channels today, bringing UI enhancements such as a compact context menu for the File Explorer, a new Family widget, and more to the Dev and Beta channels. There’s also a big list of bug fixes, which is to be expected at this point in the game’s development.

There are a number of known issues that users should be aware of in addition to the large list of repairs and enhancements. Some difficulties are unique to the Beta channel, such as the inability to see the Taskbar or Start menu after upgrading from Windows 10. The company has provided a remedy for the problem.

The following is a complete list of known issues in this Windows 11 build:

Also Read: How to Activate Windows 11 for Free Permanently 2021

Later this year, Microsoft is anticipated to begin bringing out Windows 11 to a restricted group of customers. However, there are still some unknowns about the specific hardware requirements for devices to qualify for the updates, which will hopefully be resolved before they become widely available. The underlying pieces of the OS are mostly complete, which is why these releases are cumulative updates rather than completely new builds.