Home How to Screen Record on iPhone 14?
AppleHow To/GuidesiPhoneTechnology News 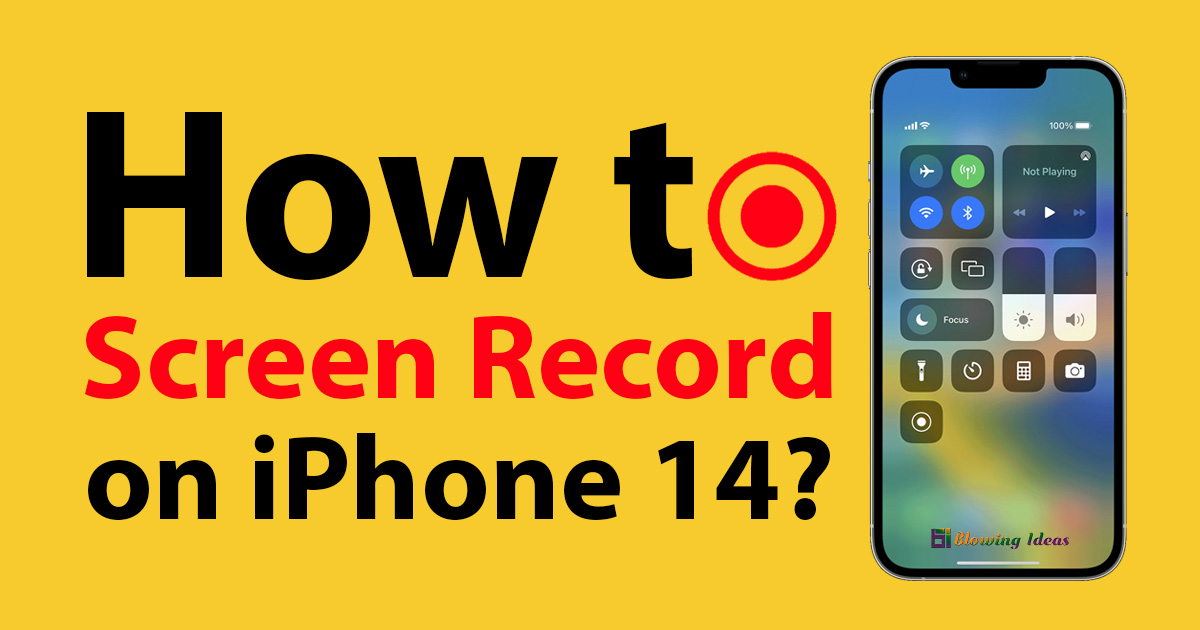 How to Screen Record on iPhone 14? Trying to record the screen of your mobile/cell phone Apple iPhone 14 in a video with sound can be very useful for performing a tutorial or showing an acquaintance how to perform certain tasks in an Apple iPhone 14, saving in a video file, and then send or upload it to a platform such as YouTube or social networks.

Hello, everyone. Today I’m going to show you one of the most useful tips for any Apple iPhone Series. The tip title refers to installing a screen recorder so that you can record the phone’s screen whenever you want. You no longer need to use a third-party app or software tool to record your phone’s screen. As a result, follow this guide to install Screen Record on your iPhone 14 and earlier and use it whenever you need to screen record.

Sometimes we want to record a story that we saw on Instagram of a friend, a phone call or a video call (FaceTime) with a family member to keep as a souvenir or to use as evidence or a TikTok video. Follow these steps to make this recording on your Apple iPhone 14:

How to Force Restart iPhone 14 Pro?

How to Show Battery Percentage on iPhone 14?

How to Remove Recommended from Windows 11?

How to Rotate Screen Windows 11?

How to Go Full Screen on Windows 11?

How Much Space Does Windows 11 Take?

How to Get to Bios Windows 11?

How Long Does Windows 11 Take to Install?