Home How to Stop a German Shepherd Puppy from Biting?
How To/Guides

How to Stop a German Shepherd Puppy from Biting? 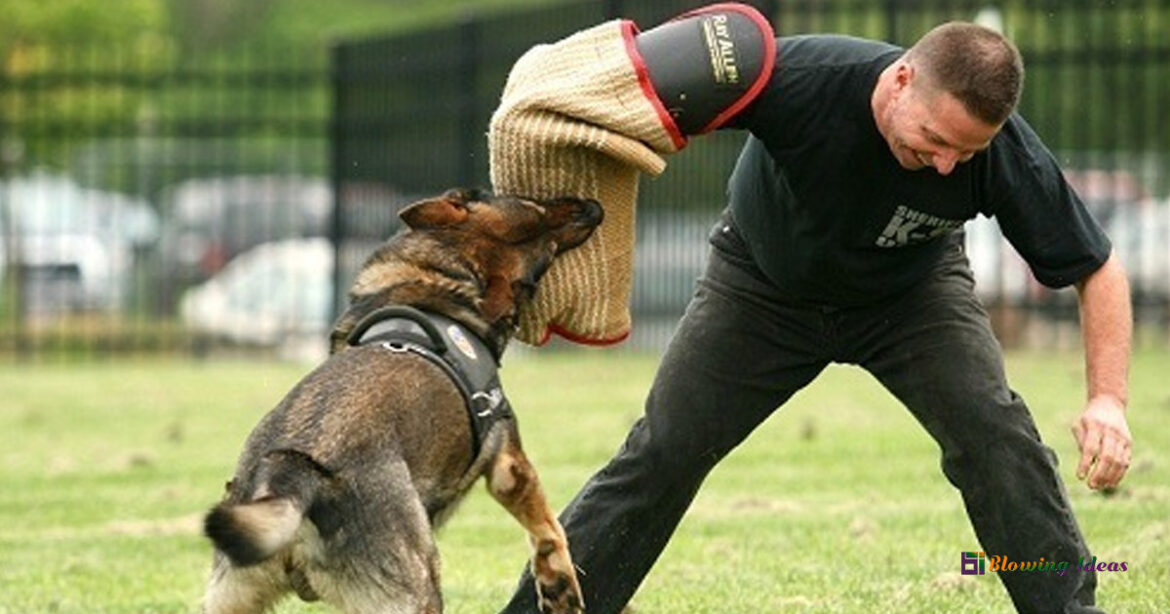 How to Stop a German Shepherd Puppy from Biting? Nipping and gentle bites are common in the first few months of a puppy’s life, as any new puppy owner knows. This is especially true for dogs with a strong prey drive, such as German Shepherds, but nipping and biting can quickly escalate. German Shepherds are strong, loyal, and fearless creatures, and it’s critical to break this tendency early on to avoid future aggression.

German Shepherds are herding breeds, thus keeping their flock in check is in their DNA. This frequently manifests as biting and nipping, although puppies will also bite when teething and exploring their surroundings. Of course, if not addressed properly, this can easily spiral out of control. This article examines the causes of German Shepherd puppy biting as well as seven ways to help stop the behaviour. Let’s get started!

Why is Your German Shepherd Puppy Biting?

Since German Shepherds have a strong prey drive and chasing tendencies in their genes, it’s a part of their natural tendency for a German Shepherd puppy to be aggressively biting. They are incredibly alert and aware animals, and even the slightest sound or movement can set them off. Before we get into how to stop your German Shepherd puppy from biting, we need to understand why the behaviour is occurring in the first place.

How to Stop a German Shepherd Puppy from Biting?

Early and targeted training is the most crucial step in preventing your puppy from biting. Training should begin at a young age for powerful dogs like GSDs since they can easily develop troublesome tendencies and even become violent if not. Socialization is a crucial component of training, and allowing your GSD to mingle with other dogs can help teach them boundaries since any biting too hard will result in immediate penalties.

Toys are great for your GSD puppy’s teething exercise. There is a huge selection of suitable chew toys available, and if you spot your dog chewing, you may gently offer them a chew toy instead. It’s a terrific idea to keep a chew toy close along during training and play sessions for rapid redirection.

From an early age, your GSD should be taught basic and easy commands. When they get too eager and bite down too hard, simply deliver a vocal command that gets their attention. A loud “ouch” or “stop” are great examples because they will rapidly attract their attention, but make sure to use the same word every time to stay consistent. After issuing the directions, let your puppy alone for a few minutes to teach them that this is inappropriate behaviour. While it may take some time for your puppy to learn, being consistent and stern can help them understand that biting is not acceptable.

Redirection is an effective training method that also works well with biting. This strategy is easy and effective since it prevents your dog from engaging in undesirable behaviour while rewarding them with appropriate conduct. When your dog bites or nips, attempt to offer them a chew toy instead, and this will gradually lead to them preferring chew toys over your hands. Because the noise is appealing to most puppies and dogs, squeaking toys are ideal for this form of redirection.

Positive reinforcement training strategies are effective for moving your puppy away from undesirable habits and toward desired ones. These approaches entail no scolding or harsh treatment, making them excellent for strengthening your bond with your dog. When you give your dog a chew toy instead of chewing it, or when you issue a command that they immediately obey, you simply reward that behaviour with a treat or praise. You disregard any inappropriate behaviour. They will quickly link incentives with positive behaviour and stop engaging in negative behaviour that garners no attention.

6. Playing Games to Stop a German Shepherd Puppy from Biting

Because GSDs are such strong and athletic creatures, they require mental and physical stimulation through games and interactive play. Games are also an excellent time to engage and enforce training techniques and acquaint your GSD with them before biting becomes a problem. There are numerous games to pick from, but avoid physical games or activities that encourage violence, such as tug of war. Stick to simple games like fetch or frisbee where you may train your dog to return the ball when you say so.

7. Be Gentle to Stop a German Shepherd Puppy from Biting

Whatever method you use to stop your German Shepherd puppy from biting aggressively, it is critical that you remain calm and gentle at all times. Harsh therapies, such as beating or shouting, are unlikely to fix the problem and are likely to aggravate it, as your dog will grow afraid and wary of you. It is critical to be nice at all times when teaching your dog directions or playing active activities with them to avoid having an aggressive and suspicious dog on your hands. Trust is essential when dealing with a powerful dog like a German Shepherd.

Because German Shepherds are such large dogs, thorough training is required, and bite inhibition is an important element of that training. While biting and nipping is a normal part of puppy development, it is equally critical that they know when to stop, and it is your responsibility to teach them. Proper training is the first and most important phase, as it sets the tone for all other methods. Your German Shepherd puppy should be able to break the behaviour of biting in no time with time, consistency, patience, and gentle guidance.

How to Find out how many Employees a Company has?

How to Find Journal Entries in QuickBooks?

How to Find a Four Leaf Clover?