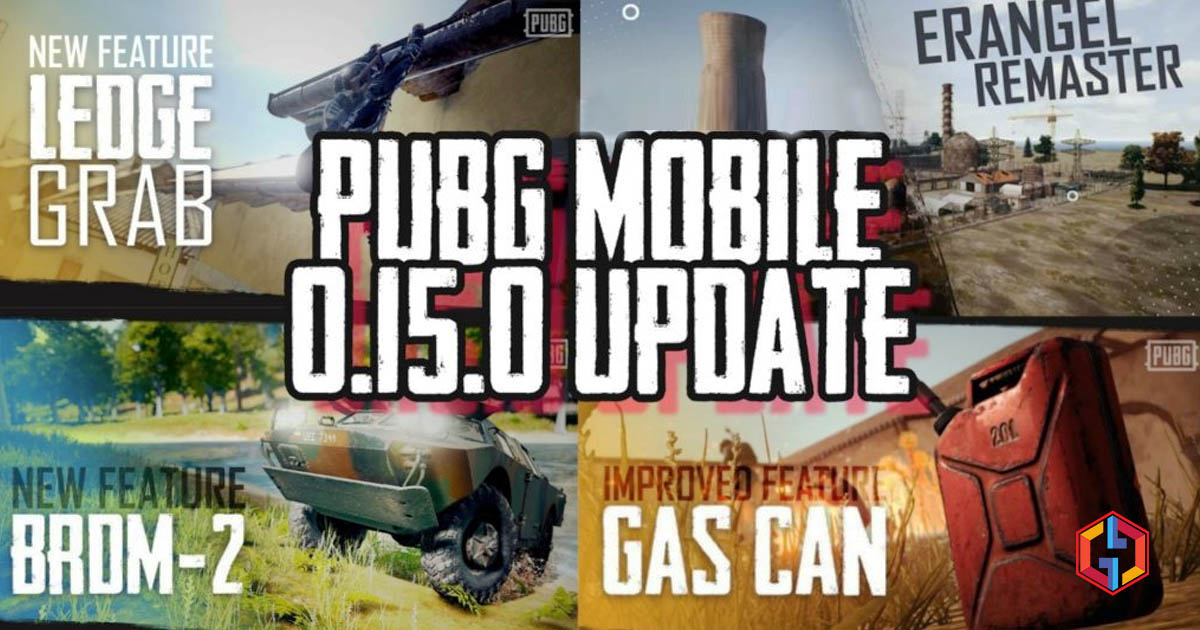 PUBG Mobile 0.15.0 Upgrade to Fuel Canisters Exploding and Ledge Grab Feature. Tencent Games brought to PUBG Mobile many features that were present in PUBG’s PC version and will continue to do so. This month, PUBG Mobile will receive a major update in the form of version 0.15.0. With the 0.14.5 update, Tencent Games didn’t release any major features because it only gave users the Royale Pass Season 9 feature.

This October, the popular game of Battle Royale, will receive one of the biggest updates ever and will add a host of new features to the already feature-rich game PUBG Mobile has teased several features of the forthcoming 0.15.0 update on Facebook, some of which are burning fuel canisters, ledge grab, and armored vehicle BRDM-2.

In Update 0.15.0 PUBG MOBILE is reaching new heights, literally! Ledge Grab will allow you to reach new spots, and attack from new angles never before possible; are you ready to climb your way to victory? pic.twitter.com/T9VSZeSNYQ

It has already been confirmed that the update will include Payload mode that will provide unique gameplay with helicopters and new weapons. Right now, when the update is coming out for users, we don’t have any details about it, but we’re expecting it to come out between the second and third weeks of October.

Tencent Games has introduced to PUBG Mobile many features that were present in PUBG’s PC version and will continue to do so. Second, the update will introduce two big PUBG PC features, and they are Ledge Grab and Fuel Canisters Exploding. Based on the information we now have, ledge grab will allow players to reach new spots and strike opponents from new angles never before.

Then referring to the Exploding Fuel Canisters, as the name suggests, if a player shoots at it or throws grenade at it, fuel cans in PUBG Mobile will explode. For a while now, both of these features have been available in PUBG PC.

As we already know, upgrading 0.15.0 will also enable payload mode to be a new Evoground mode. In Payload mode, players will be able to fly in two vehicles-helicopter and BRDM Vehicles, and vehicle repair kits will also be available for players to repair their own vehicle quickly. Payload mode in the Arcade segment will only be available in the Erangel map close to War mode.

It is also reported that a new armored vehicle named BRDM-2 will now replace the Armoured UAZ that players will be able to drive after firing a Flare gun outside the Playzone. It is also said that similar to the Armoured UAZ, BRDM-2 will provide additional safety and security when racing to hit the zone line.

We can also see Tencent Games allowing players to build their own Helmet and skins within the game themselves. For now, if a player wants a new skin of a weapon, they will have to wait until it is officially released by PUBG Mobile.

Nonetheless, it is said that a 0.15.0 update will introduce a’ Graffiti Stickers ‘ feature that allows players to model their Helmet skins and even Grenade skins will be available to post the update. For now, this is an unconfirmed feature of Tencent Games, but it has been available for a while in PUBG Mobile’s beta version.

We don’t have an exact release date for the PUBG Mobile 0.15.0 update right now, but we expect Tencent Games to release it between October 2nd and 3rd weeks. We have already hit the fifth week of Royale Pass Season 9 and it will start in November’s first week, so the update will reach when the Season 9 hits the sixth week or possibly the seventh week. Are you excited about the Mobile Update 0.15.0 PUBG? Commenting below, let us know.