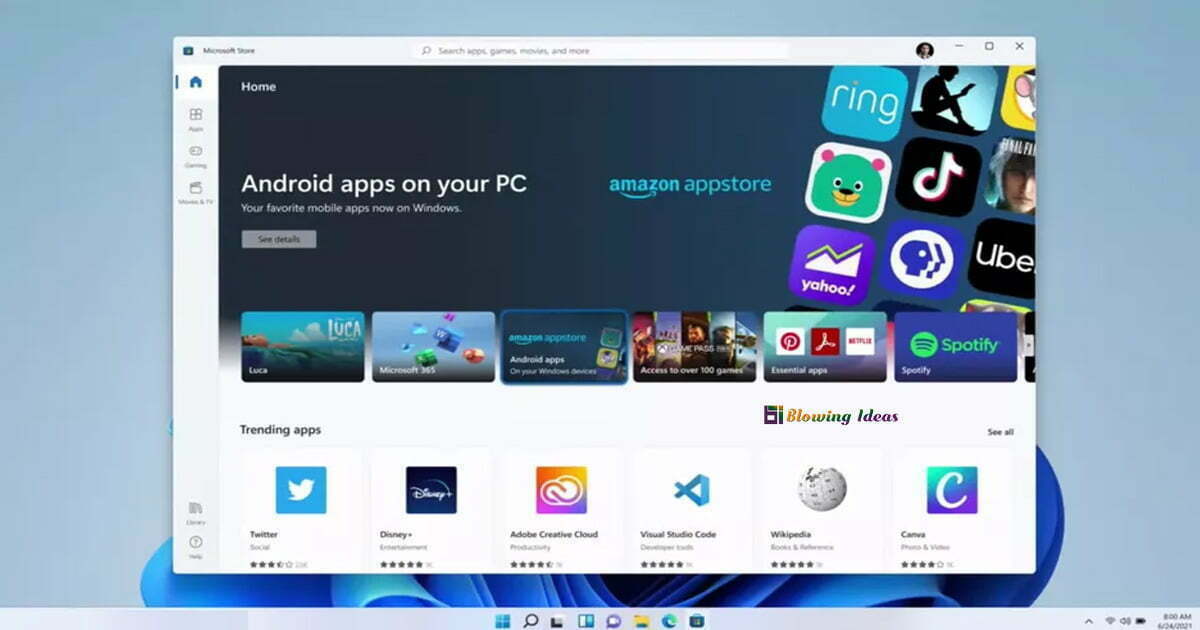 How Android Apps Work on Windows 11. Installing Android apps is one of Windows 11’s most exciting features. Some of your favorite mobile apps are now available for use on your desktop PC. What steps did Microsoft take to make this possible? Let’s look at it.

Android app support was not included in the initial Windows 11 release. The Android apps can only be installed on Windows 11’s beta Insider Preview channel as of October 2021.

Android app support will be added to all Windows 11 devices that have the necessary hardware virtualization support in the future. Windows 11 laptops and desktops, like Chromebooks, will run Android apps out of the box, and M1 Macs will run iPhone and iPad apps.

A compiler is what instructs your computer on what to do with the code contained within an app. Without the compiler, the app is essentially a document written in a foreign language that is sent to your computer. Compilers translate the document and package it so that the computer can understand it.

This code is recompiled by a post-compiler. In this case, an app is first compiled to run on Android, and then Intel Bridge Technology recompiles it with everything required to run in Windows 11. It literally connects native Android and native Windows functions.

The important thing to note here is that Android app developers do not need to do anything special to make their apps run on Windows. In theory, any Android app can run inside Windows 11. That doesn’t mean they’ll all run flawlessly, but they should.

It’s More Than Just an Emulator

This isn’t the first time you’ve been able to run Android apps in Windows. Emulators such as BlueStacks have made it possible for a while, but there are some significant drawbacks. The Intel Bridge Technology is not a virtual machine.

Emulators create a virtual environment in which apps can run. It’s basically a virtual Android device that runs on your Windows PC. This necessitates a large number of resources, which can put a strain on your computer and cause it to run slowly.

Android apps can now run natively on Windows 11, just like regular Windows apps, thanks to IBT. Native Android features are mirrored in their Windows counterparts. That means you won’t be taxing your computer by watching TikTok, Snack Video alongside Microsoft Office.

What Is the Source of the Apps?

We now have a better understanding of how Android apps work in Windows 11, but where do you get them? Microsoft collaborated with Amazon to make Android apps available through the Amazon Appstore. The Appstore is the same one that comes with Fire Tablets.

The most important thing to remember about Android apps on Windows 11 is that they run natively thanks to Intel Bridge Technology. The days of using screen mirroring and emulators to run Android apps on your PC are long gone. Windows and Android have never worked better together, thanks to Microsoft’s Your Phone apps.

How to Find a Good SEO Consultant?