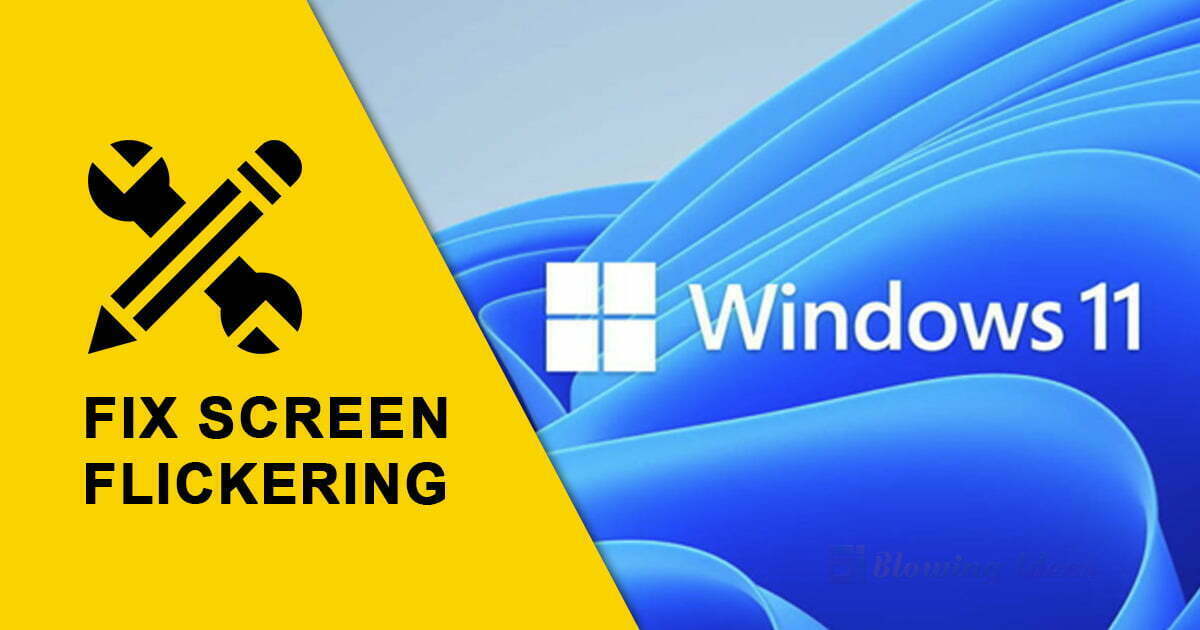 How to fix screen flickering in Windows 11. It has been nearly a month since Windows 11 was made available to users as a free upgrade. However, the operating system is not without flaws; for example, the File Explorer does not respond.

A further issue that users have reported is screen flickering in Windows 11. This has happened to me a few times, but it was completely random and not like what users are reporting. When you switch programs or drag applications to a different location, the display may briefly flash. In early builds of the operating system, I also noticed this with the Taskbar.

However, since updating to the stable version of the operating system, I haven’t encountered this bug. However, other users appear to be experiencing the issue, as screen flickering is listed as a known issue related to the Taskbar in the release notes for the latest Windows Insider Preview build.

This screen flashing issue was first reported as a Chrome bug a few years ago. However, it was later discovered that the culprit was Windows 10. It’s odd that the bug still exists in Windows 11, and that the fix remains the same.

The idea is to prevent the OS from automatically refreshing the colors and backdrop (slideshow), which appears to be causing the screen flickering.

When the above method did not work for you, here is another option. Launch the Settings app and select Accessibility from the sidebar. On the right pane, select Visual Effects and toggle the Animation Effects button. I discovered the solution here.

When you switched themes in the Insider Preview builds of Windows 11, the screen would flash. I believe it was caused by the animation effect.

How to Fix Chrome Screen Flickering on Windows 11

As previously stated, screen flickering in Chrome is a Windows bug. When I first tried Windows 11 on a virtual machine, I ran into a slightly different issue. Firefox and Microsoft Edge functioned normally in the operating system, but Vivaldi (as well as Chrome and Brave) displayed glitches. When you close a browser window with multiple tabs open, Chromium browsers display a white box asking you to confirm the action. When you install extensions, a similar box appears. In Windows 11, these boxes will not render properly and would appear transparent, making them difficult to use. Take a look at this screenshot to see what I’m referring to.

If your iPhone is Stuck on Black Screen, What You Can Do?