21 Best Free Steam Games for Mac in 2022. Steam is well-known for its desktop client, which draws many players to the listed gaming titles. On the platform, you can play both free and paid games. While we have already discussed paying for Steam games for Mac, today we will look at some of the finest free Mac gaming titles. I’ve compiled a list of some of the most entertaining and engaging free Steam games for Mac. Let’s have a look at those.

To allow your MacBook to install, open, and play Steam games, you may need to make modifications in System Preferences > Security & Privacy > General. Set Allow apps downloaded from to Anywhere and you’re set to go.

Here is the List of 21 Best Free Steam Games for Mac:

Mitoza is a small adventure game in which you begin as a seed and are given two options. Every decision impacts the seed’s life, and you always finish up with the same seed. The cycle continues, but this time you can alter your decisions and reach a different conclusion.

HOME is a pleasant walking simulator Mac Steam game that will soothe your senses after a long day of tension. You go through the planet, interacting with various things to create your own music and poetry. The game’s low-poly graphics complement the game’s basic worldview wonderfully. Take a philosophical journey to discover the meaning of Home and look for Easter eggs.

I enjoy pixel art applications since they are both soothing and result in amazing art. Coloring Pixels is a free Steam game for Mac users that allows you to create art by filling in pixels from an existing template. There are over 300 levels to choose from, with 90 of them being completely free. It’s soothing, so check it out.

There Is No Game is a brilliant Steam game that does everything it can to convince you that it is a bad game. The traditional games are given a makeover and come with amusing voice commentary. Brick breaker, guess the word, discover the goat, save the kitten, and many other games are included in the collection.

Floating Point is a casual Steam game in which you take on the role of an actual floating point in space. Your goal is to walk about while avoiding procedurally generated obstacles. The physics engine correctly models gravity and buoyancy and nails tangential forces, giving you a precise feel of the game. Play around by grasping onto hooks to move around, collecting points, and don’t be afraid to run into a wall.

Samsara Room is a free Steam game for MacBook users in which you must discover a means to leave the room. The hand-drawn artefacts and fluid interaction with the objects are fantastic, and the game’s wonderful music will keep you fascinated. Pay attention to the details, and you’ll discover all the answers.

7. You Have to Win the Game

This next vintage platformer will give you an 80s PC vibe while asking you to traverse a trap-filled landscape that is both fascinating and dangerous. You Have to Win flawlessly executes the game concepts, with stages purposefully planned to be difficult. To make things even more difficult, try playing the game in Yolo mode.

If you like Seth McFarlane’s The Orville, you’ll want to explore the USS Orville. You can explore the ship in both first and third person, take it for a spin, sit in the captain’s chair, synthesise food, and do everything you’ve seen on the show. The character customization is still in the works, but you’ll be able to recreate any of your favourite characters from the episodes.

BirdGut has a fantastic notion that makes for a highly intriguing game. A bird eats a bee and shoves it down the bird’s throat. There are all the critters who have been enslaved and indoctrinated by the predator. The bee embarks on an adventure to demolish the insides of the bird and free all the animals. The hand-drawn levels and characters entice you, while the creative puzzles keep you guessing. It’s a traditional banger.

What Never Was is a story-driven game in which you must solve riddles in your grandfather’s attic and unravel buried mysteries. It’s a hybrid of point-and-click and current simulators. The plot continues in the style of Indiana Jones and H.P. Lovecraft as you answer puzzles.

Mega Hasan draws influence from timeless classics such as Mario and MegaMan to create a game for today’s youth. The Mega Hasan is an ordinary individual who has lost his money and must conquer hurdles and defeat the bad bosses while searching. There are four planets and 32 levels in the game.

This retro-themed adventure MacBook game on Steam places you in the centre of a cave with the goal of escaping. There are numerous levels that are all linked together, and the puzzles are inventive and require a bit of magic to accomplish. The pixel-art designs are appealing, and you can earn points to gain suggestions. Escape La La transports you to the era of legendary console games from the 1980s and 1990s.

Team Fortress 2 is a popular online shooter developed by Valve, the company behind the Steam client. The game has a devoted fanbase that adores the gaming mechanics and the large cast of characters. You may find and create your avatar to perfection before diving into one of its many online gaming styles. Capture the Flag, Control Point, Payload, Arena, King of the Hill, and an offline option for practice are among the game modes available.

Friendly Fire is a pixel-art platformer featuring its own soundtrack. At first glance, the notion is straightforward: you play stages, interact with NPCs, and travel around. The scenario, however, takes a dark turn, and the free Steam game for Mac becomes immensely more thrilling.

Path of Exile feels more like a Diablo 2 sequel than a Diablo 3 sequel in many aspects. Whereas Diablo 3 caters to more casual players, Path of Exile is more difficult, punishing, and sophisticated. In fact, it may be a touch too difficult for some.

Counter-Strike effectively invented the competitive FPS scene and was responsible for the majority of LAN parties in the 1990s. Despite the fact that it was a long time ago, Counter-Strike has managed to evolve and remain relevant.

Counter-Strike: Global Offensive was published in 2012, and it expands on the team-based gameplay that it pioneered 19 years before. With new maps, characters, and weaponry, as well as its highly excellent gameplay, CS: GO quickly became (and continues to be) one of the most popular games on the planet.

And now that the game is free to play and features Danger Zone, a brand-new battle royale mode, CS: GO is a must-have for anyone with even a passing interest in shooters.

Starcraft 2 was previously a must-buy at $59.99, but now that it offers an exceptionally generous free-to-play option, you owe it to yourself to give it a shot. The free-to-play edition of Starcraft 2 includes the entire Wings of Liberty campaign, ranked and unranked Multiplayer, and every available co-op commander. If you want more, you can pay to unlock more single-player missions, special skins, and other features.

Few firms can produce high-quality free games as well as Valve, but Blizzard can. Hearthstone is their popular Warcraft-themed digital collectable card game. Don’t skip ahead if you’re not generally into card games… This one is universally praised.

Hearthstone is much easier to learn than you would think. In each match, you draw three or four cards from your customised deck of 30 cards (depending on who goes first). There are various card types (weapons, spells, and minions), but the goal is simple: deplete your opponent’s health before he depletes yours.

Another game that is absolutely free from beginning to end. Wildfire Games created an open-source real-time strategy game, which was created by a group of volunteer game developers from all around the world who are obviously huge fans of Age of Empires 2.

You’ll spend time gathering resources, building and improving technology, protecting yourself from attacks, and waging campaigns against others, as you’d expect from an RTS game. The randomly generated battle landscapes, as well as the detailed armies, structures, and technology, are based on the genuine topography of the ancient world.

If you’re new to Auto Chess games, the game pits you against seven opponents in a battle where strategy is crucial. You must carefully select your units, properly assemble them, and then load them onto the ship. Then you sit back and enjoy the game. In other words, you do half the job, strategizing, and the game takes care of the rest. 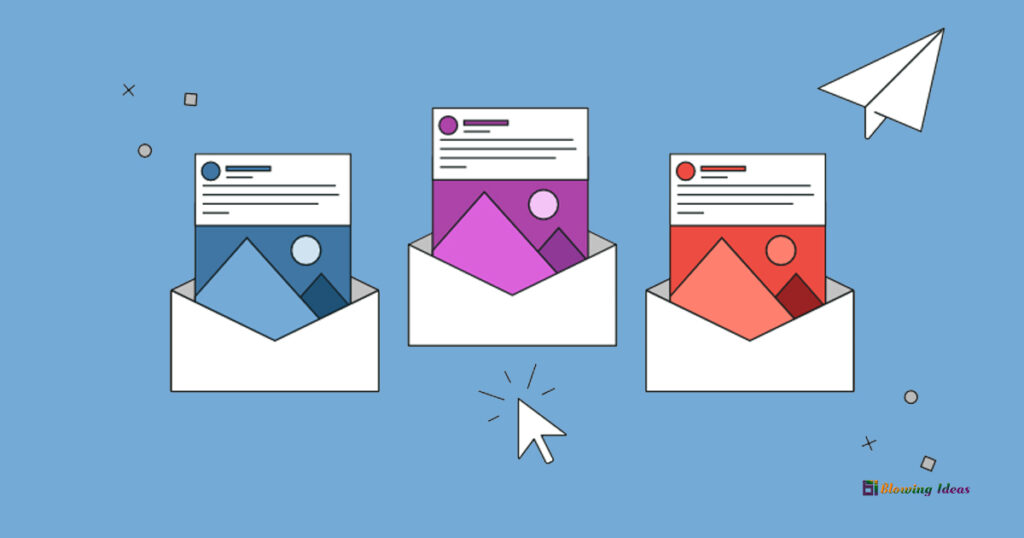 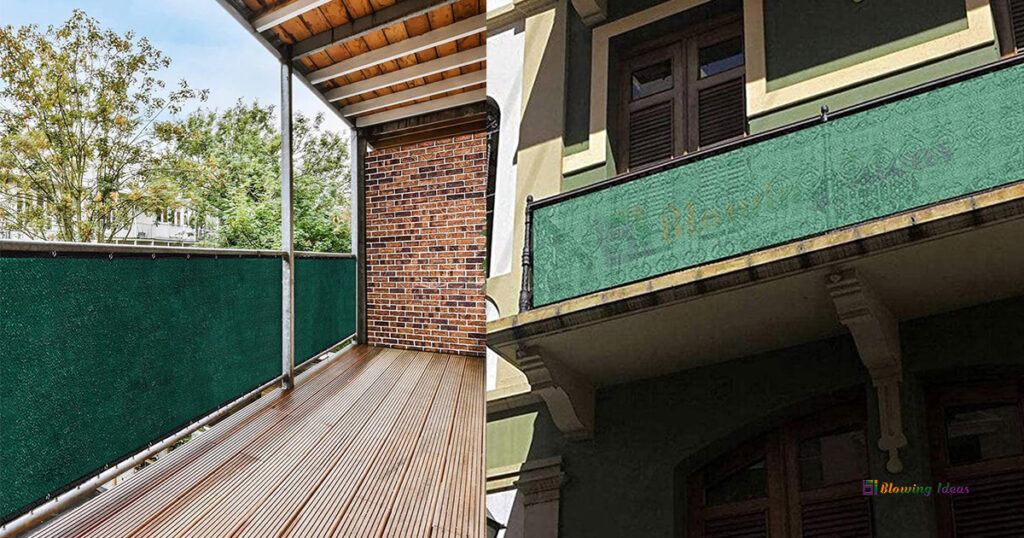