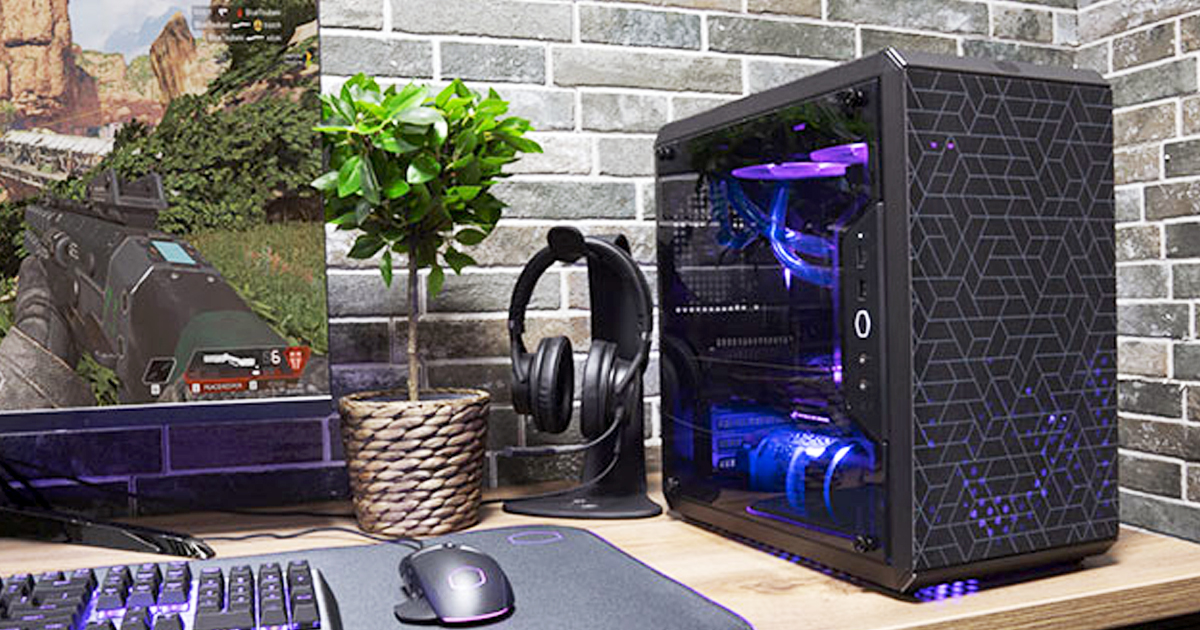 Cooler Master Q500L launched at £49.99. The new Masterbox Q500L PC case was launched by Cooler Master. This product was designed to enable full-size ATX motherboards to be fitted, but to keep down the overall size of the build. Other immediately striking features of the Cooler Master Master Box Q500L are its fully perforated chassis, edge-to-edge transparent (acrylic) side panel, upper front ATX PSU fitting, and mobile I/O panel.

As mentioned in the intro, its compactness is a major feature of the Masterbox Q500L. The case measurements are; 386(L) x 230(W) x 381(H) mm, with an unpopulated weight of 3.83 kg. In my experience, this is significantly smaller than the typical ATX mid-tower. While a full-sized ATX motherboard can be fitted inside with 7 expansion slots, the case is also compatible with Mini-ITX, Micro-ATX boards. The expansion, maximum compatibility, and cooling features are of immediate concern with any compact chassis.

This is a fully perforated steel case to help cool (except of course the acrylic and sheet steel side panels). Cooler Master features magnetically mounted dust filters for steady positioning with rubber stoppers.

It is interesting to see the PSU’s design choice in its vertical orientation on the upper front of the chassis. The bracket which secures the PSU may slide to allow additional clearance of the radiator/graphics card. Cooler Master says the rubberized thumb screws provided mean that users can orient the case horizontally or vertically without worrying about the surface of their table.

Also Read: The security key of Google now works with Firefox and Edge

Thanks to the mobile I / O panel, which can be relocated to multiple positions to retain accessibility, extra flexibility is provided. Cooler Master says that this case is compatible with past and presents Q Series accessories such as handles, feet, I / O panels, and other panels.

If you are interested in the Cooler Master Masterbox Q500L, HEXUS has been told that by the end of April the case will be available in the UK. RRP is £49.99 with VAT included.