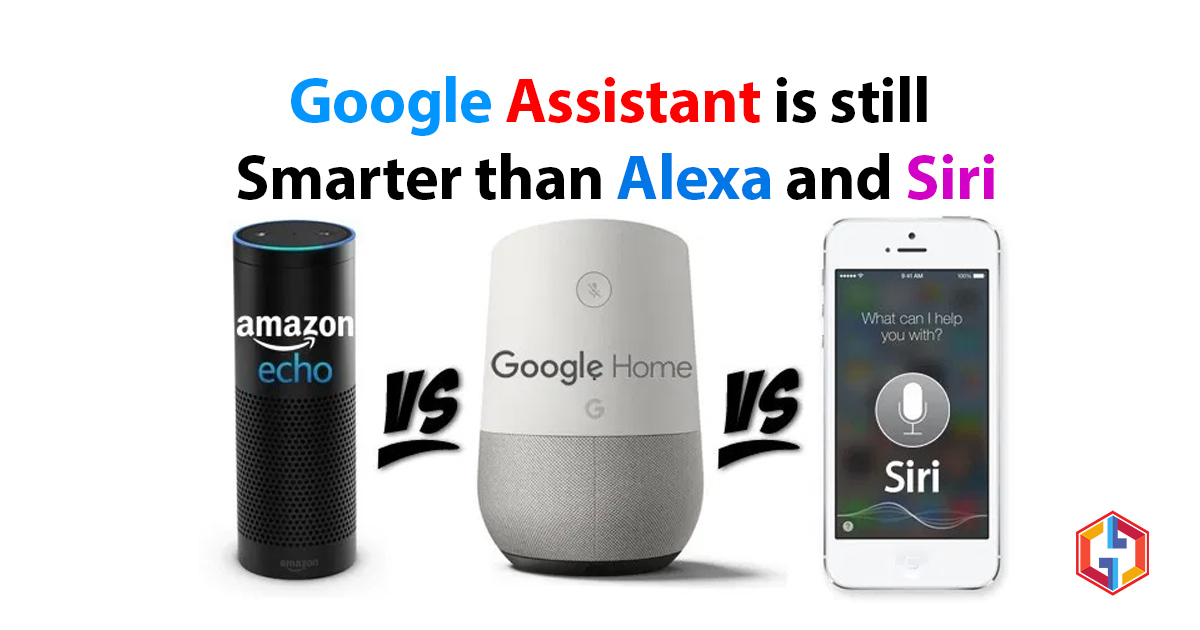 Google Assistant is Still Smarter than Alexa and Siri. A recent Loup Ventures study has provided some insights into the performance and efficiency of popular virtual assistants Alexa, Siri, and Google Assistant. From the results of the study, it seems that Alexa’s Amazon isn’t as smart as you think.

There were 5 categories in which Local, Navigation, Commerce, Information, and Command were classified in the questions asked. The local category included questions such as nearby locations, Commerce involved ordering products, Navigation had questions asking about the route to certain destinations, Information contained general queries, and Command had daily commands usually made by people such as setting an alarm or recall.

As you can see in the bar chart above, the Local category was top by Google Assistant, which is quite obvious due to the seamless integration with its own services like Google Search and Google Maps. Google Assistant can also see a noticeable amount of lead in the category Commerce. The same applies to the categories of navigation and information, but Siri made a marginal leap in the category of command.

Loup Ventures stated that the number of customers making purchases through voice commands is very low. They also emphasized that people tend to make trade-related queries just to gain more knowledge and details about a product rather than make a purchase.

So, what do you think about these results? Do you prefer to use virtual assistants to perform the tasks on a daily basis manually? In the comments, let’s know.

How To Remove FRP Google Lock on Samsung Galaxy Note 10