Home How to Install macOS 10.15 Catalina on Laptop
How To/GuidesTechnology News

How to Install macOS 10.15 Catalina on Laptop 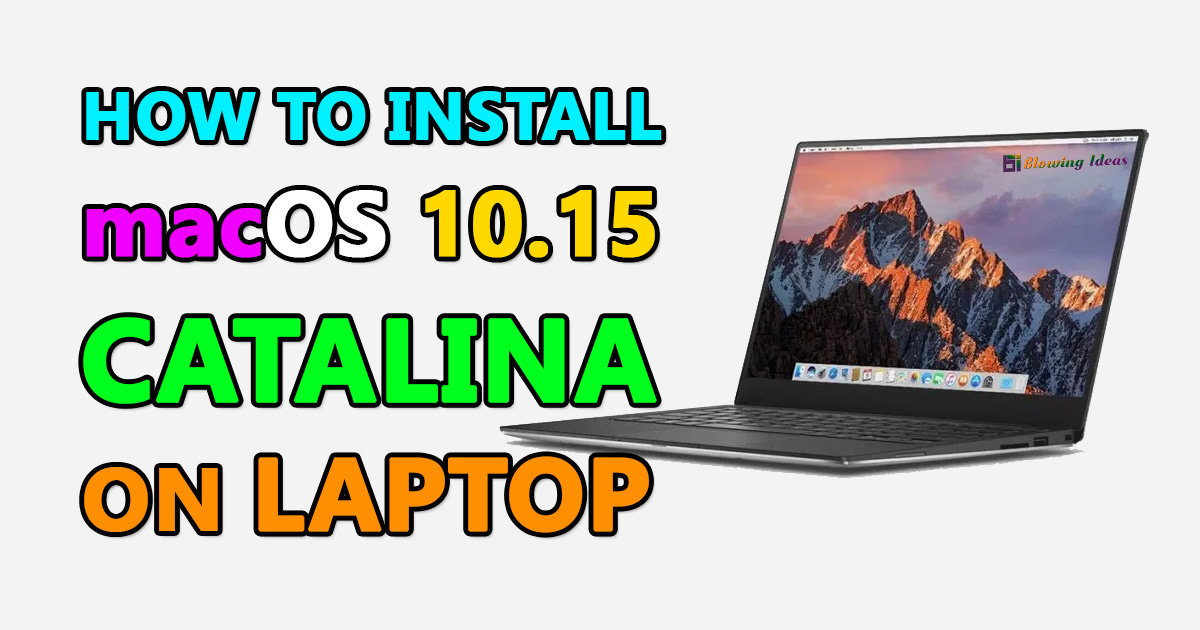 How to Install macOS 10.15 Catalina on Laptop. MacOS 10.15 was one of the new products showcased at WWDC 2019. There were not as many chips and technologies in macOS Catalina’s arsenal as many users desired. The first test version is much easier to download than iOS 13. No tambourine spinning, bios files uploading, etc. Download the developer profile as usual, and launch the program for updates from Mac App Store.

How to Install macOS 10.15 Catalina on Laptop

He found a significant revival in the Hackintosh forums one day after the presentation, many talking about the successful installation of macOS 10.15 on computers from other manufacturers. How to Install macOS 10.15 Catalina on laptop?

Which Hackintosh I used

Hackintosh about this in a separate article.

For a long time, I couldn’t make a choice and even started looking in the direction of Windows laptops. In the end, I took a gaming laptop from ASUS instead of buying a MacBook.

The device’s price and a slight upgrade (replacing the Wi-Fi module, buying additional RAM and a second SSD drive) ended up cheaper than the 13-inch basic MacBook Pro.

Also Read: Is it safe to buy an iCloud locked iPhone?

The laptop’s performance was at the level of an average 15-inch model with a discrete graphics card (in Windows only). Among the weaknesses – controversial design, lower portability, and lack of a smart touchpad. But, it doesn’t matter today.

Everyone knows the unwritten Hackintosh rules that should be followed when a system is installed or updated. First of all, installing a hack on a laptop, although it has recently become easier, is accompanied by many problems and difficulties.

Secondly, it is incompatible with beta versions of macOS and Hackintosh things. Not everybody tries to update the hack to test versions on a stationary computer, and only desperate kamikazes do so on a laptop.

Thirdly, you usually have to wait 2-3 months after the final release to update to the new version of macOS. Usually, after the first serious update 10.13.1, 10.14.1, etc., a massive transition to the system happens.

Fourthly, experienced Hackintosh usually sits for a whole year on the last year’s program and are upgraded to the new one only more similar to the introduction of the next edition. It turns out to be too early for me to dream of moving to macOS 10.15 Catalina for my ASUS Laptop. I ventured through.

Blowing Ideas will not be responsible for any internal/external device damage that may occur during/after this guide.

What to do before macOS upgrades to Hackintosh

I do not recommend that Catalina be installed from scratch on a regular laptop. Start with this article if you just have to put Hackintosh on a PC.

The first step is the creation of a data backup. I was reinsured and made two backups: one is typical of Time Machine, and the other is a complete copy of the Acronis Hackintosh disk. So you can return everything back to the previous form in a few minutes after unsuccessful experiments.

After that, I moved to update the Clover bootloader.

The use of the latest beta version of the bootloader is recommended for installing test versions of macOS. Particularly when trying to upgrade to the beta released two days ago. By the Clover Configurator app, the easiest way to upgrade is.

The software itself finds and installs the latest bootloader update. All previously defined parameters will be saved during installation. To install the latest macOS it is best to add a separate partition to the system disk. So you will be able to use both the old and the new systems at first.

On the release of the final version of macOS Catalina, you will be able to load the Mojave partition and extend the new partition to the full drive size. It’s better still with the APFS file system. You may create multiple volumes within one section for different operating systems to load. It is much faster to connect and uninstall a volume than to partition a disk into several logical partitions.

The volume may also be of a complex scale. No need to calculate the required amount of space first. Free space on the drive, without problems, will go to a volume’s needs if necessary.

How to Install macOS Catalina on Laptop

You’ll just need a developer profile to get the update. The method will be available for download in the Mac App Store after it has been installed.

Something does not work after installing Catalina on a laptop?

Choose from three operating systems: Windows 10, Mojave, and Catalina macOS. All of this without a tambourine dance, issues, and crutches. Already existing cakes (analogue drivers) did an excellent job with their mission, all of the laptop components worked in the system’s new version.

I don’t remember such a thing for a long time, that the Hackintosh macOS update was going so smoothly, also on the system’s beta version. The OS is fairly stable, most applications are installed, and developers don’t need updates.

A small update has been released for Cupertino warriors. The list of changes isn’t very good. High Mojave or Snow Mojave can be called the device. The situation, on the other hand, is natural. The framework is stable and even the first developer test version is perfectly suitable for work. It runs on the same computers as Mojave, with no loss of performance and difficulty. Free to upgrade for viewing the world without iTunes, try using the iPad as a second screen with a standard Sidecar processor, or get the new Xcode edition

Also Read: Now you can Jailbreak iOS 13.3 with Checkra1n

I think this is one of the so much important information for me.
And i am satisfied studying your article. But
wanna remark on some basic things, The site taste is ideal, the articles is truly great :
D. Excellent task, cheers.