Major updates in the Galaxy A80 will improve the camera 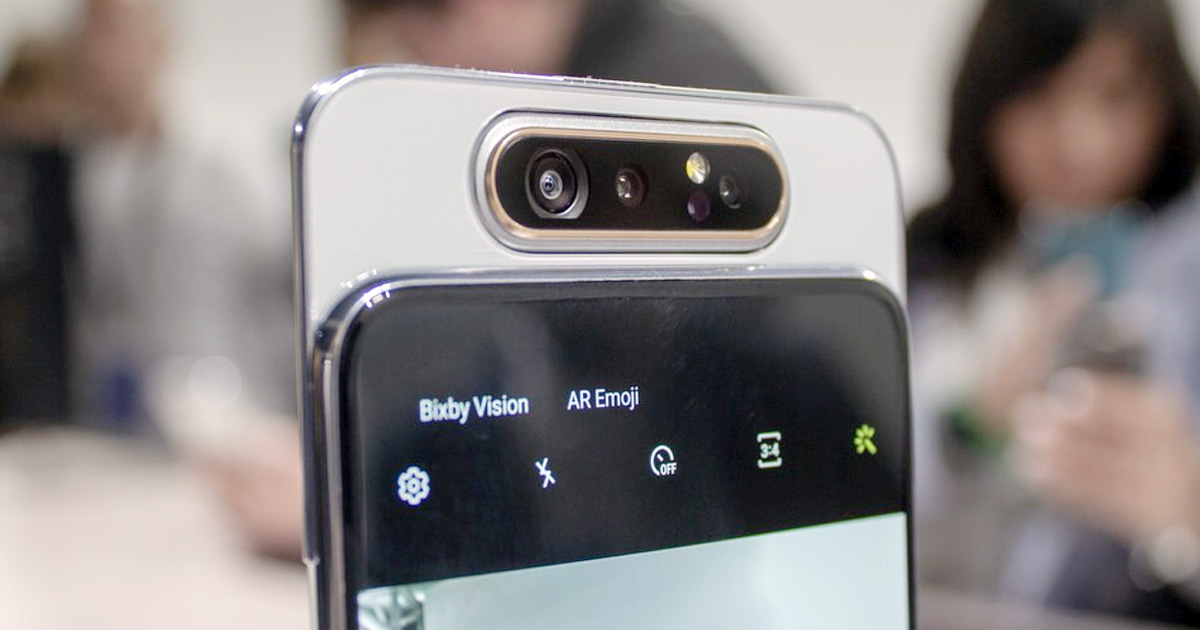 Major updates in the Galaxy A80 will improve the camera. The South Korean tech giant has just rolled out a software update that adds auto-focus functionality on the rotatable camera phone — Galaxy A80 — to the front camera. For such a device that allows the use of the same high-quality camera setup for selfies and landscape pictures, you expected to have all of the camera setup features in both selfie and rear camera mode.

Major updates in the Galaxy A80 will improve the camera

But that’s not the case, and it looks like Samsung wishes to solve some of that by updating software. As you know Galaxy A80 was launched back in April, the company is now introducing different software updates to improve its experience. There are quite a few issues of consistency between selfie mode and taking pictures with the cameras facing you away.

The camera does not remember settings between the two modes, nor does it support features such as the Scene Optimizer or the LED flash when taking selfies. The camera assembly itself is not well tested and can get stuck even a week or two after you start using the device in the rotation process, painting a bleak picture of its long-term durability.

The software update from the Galaxy A80 comes with the software version and bundles the security patch from July 2019. It is available from the air and from this firmware section via Samsung’s Smart Switch software. The new smartphone’s bezel-less screen holds under it a fingerprint scanner such as the Galaxy S10. The phone system packs a 2.2.GHz (2.2GHz Dual + 1.8GHz Hexa) octa-core processor with 8 GB RAM and 128 GB built-in storage, with no option for expansion, unfortunately.

The new smartphone of the A-series has a battery of 3700mAh with fast charging support of 25W. The phone also has a battery optimization feature that optimizes the battery’s performance after analyzing your daily routine. The phone runs on the new one-UI software Android Pie.

The smartphone also includes Bixby with a dedicated button as well as support for Samsung Pay and a 360 ° surround sound or Dolby Atmos speaker. In Ghost White, Phantom Black, and Angel Gold, the Galaxy A80 will be available. The phone’s price, as Samsung affirmed, is around $730, and in Pakistan, it is expected to cost over PKR 100,000.

How to Speed up a slow Android device

Vivo launching V17 Neo in Russia, it is actually the Vivo S1