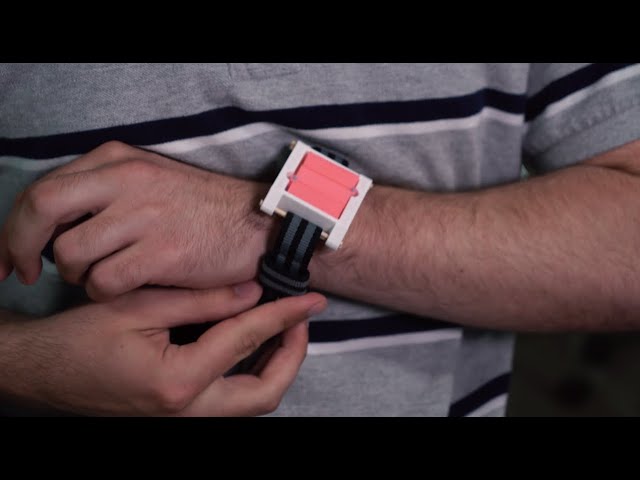 New life-saving ‘ watch ‘ syringe features built-in foldable allergy shot – Scientists have created a new wearable watch that features an in-built syringe folded in it to help people escape from near-death experiences caused by adverse allergic reactions to various things over time.
Rice University students have created a new 3D device ‘ watch ‘ to help allergy sufferers with an in-built syringe that can be unfolded to administer an epinephrine allergy shot in an emergency.

The device called EpiWear can deliver 0.3 milliliters of epinephrine per shot, which is the same as commercially available devices. The device can be folded into three parts, which can then be fitted into a wristwatch, Ubergizmo reported.

In case of emergencies, the person would simply have to unfold the device, flick a safety lever and push a button as soon as they are ready to inject the medicine into their bodies, Engadget explained. Since the device is folded into three pieces, accidentally it is almost impossible to trigger the needle.

The team is also planning a case that would prevent the button from touching anything until the shot is needed. The device is just a prototype for now and is, therefore, a bit big, but the team claims that this is due to the 3D printing process.

The team hopes to make EpiWear commercial in the future where it will be less expensive and more stylish, something that will encourage people to wear it. “If it’s something that’s going to save your life, we think it’s enough to persuade people to keep it on their bodies,” team member Alex Li said. “It’s better to have it on you at the end of the day.”