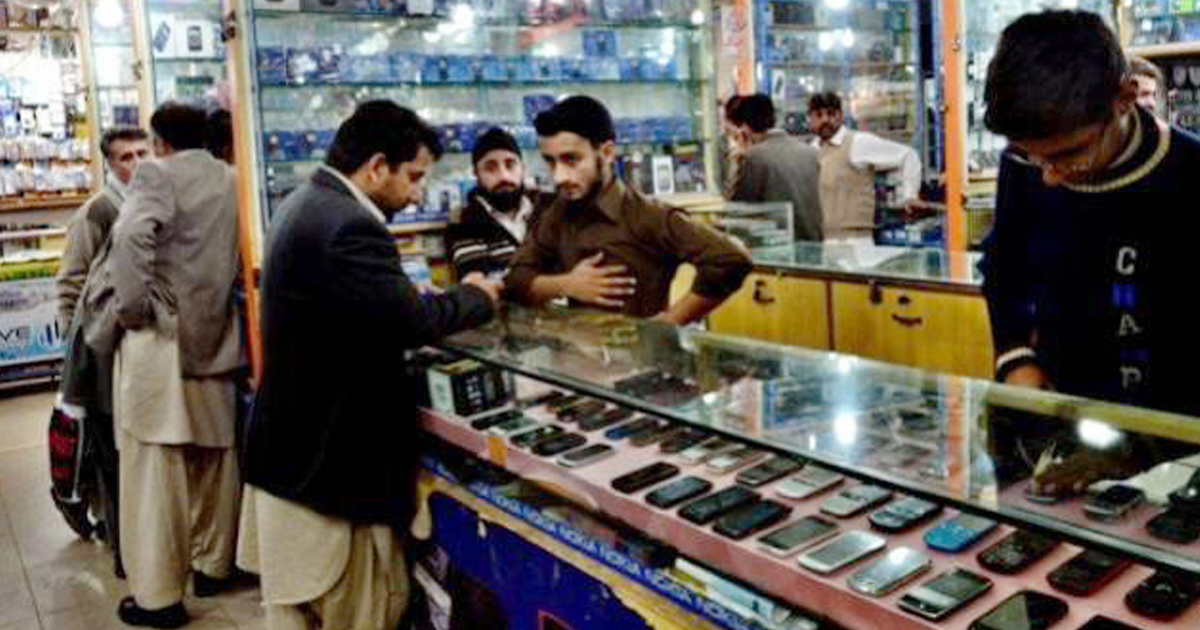 “If tax is Rs20,000 on a mobile phone, the traders are demanding that we tax Rs400 [ the same device ], which is not acceptable,” FBR chairman Shabbar Zaidi informed a press conference on Friday.

This merely implies it will be at your own risk if you purchase a used or second-hand mobile phone from either a trader or any other user. This is because if it turns out to be a tool where no taxes have been paid, it is smuggled and will be blocked on your network within two months of changing it.

There are hundreds of thousands of smuggled mobile imports, which cost the government dearly as no taxes are paid on these mobile phones. All this at a moment when a huge budget deficit (more than Rs3,000 billion) is run by the government due to a small tax base–smuggled products are one of the reasons for low tax income.

To address this, the Pakistan Telecommunications Authority and FBR advised traders and customers that by January 15 they would block all smuggled devices that did not register with the PTA. A month-long awareness campaign was run by the govt, asking customers already in possession of such phones to register their devices before the deadline.

The PTA has neither blocked their phones nor charged any taxes. Any devices purchased or turned on after this deadline, however, were provided two months to register and pay taxes and blocked if they failed to comply.

The PTA’s mass blockage of smuggled phones has resulted in panic in customers as well as the trading community. Traders began negotiations with the FBR, but could not reach an agreement.

The chairman also said that mobile phone traders have nothing to do with the situation of the CNIC and are misleading individuals by connecting their issue with it. He referred to a sales tax law that requires traders buying supplies or selling Rs50,000 or more to produce their CNICs while making the transaction so that they can be registered with the FBR and brought into the tax net.

Traders announced a July 13 shutter down strike, but we asked them the following questions:

Don’t you (traders) seem to pay due tax as apparent from the FBR chairperson’s declaration?

“This is not right,” tells Muhammad Rizwan, chairman of the Karachi Electronics Dealers Association, the body on the discussion forum representing mobile phone traders. Rizwan informed SAMAA Digital that the demand for the Rs400 was for a device worth Rs2,000, not the one worth Rs20,000, as the chairperson of the FBR said. “We want to pay tax and come under the tax cap,” he said.

Disputed tax rates, who to believe?

The chairman of the FBR intends Rs20,000 tax to be charged at no more than Rs400 on computer traders’ claim. Here is one possible explanation for this: using the global mobile device identity (IMEI) of your device, the FBR scheme produces tax payment receipts electronically.

The IMEI number may be fake or altered in the event of a smuggled phone. You may have purchased an Rs4,000 phone, for instance, but the IMEI number it carries is a Samsung Note 7. The scheme will produce an IMEI number based on tax receipt and suppose that it is Note 9, so you may end up paying Rs40,000 or even more tax on your phone.

But why have you not stopped dealing with smuggled phones?

Stopping smuggling is the task of customs. If they did, traders would switch to legal imports automatically. Second, on the basis of the January 15 deadline, they were blocking mobile devices, but the associated SRO (Government Directive) was issued in May, which makes no sense. It would save all of us from the mess we are in if they released the directive previously. About half of our stores have already been shut down and many individuals have lost their employment.

But why sell a smuggled phone in the first place?

They’re cheap; people can’t afford to pay Rs 40,000 for a reliable smartphone, but they’re pleased to purchase Rs15,000 from the same phone’s second-hand (used) variants. According to estimates from traders, 80 percent of market customers like to purchase second-hand devices.

There are no two views on smartphone technology’s infinite advantages. By taxing this equipment, you deprive the poor of using the recent technology. We are also open to paying taxes and want to be included in the tax net.

What to do with the phones that are blocked?

People whose mobile phones have been blocked can get them unblocked online on the website of PTA or by either visiting the offices of PTA or FBR. For those physically current in Pakistan, both of these alternatives are accessible.

What if you want to purchase a phone that has been used/smuggled?

Check the IMEI number of the device before making a payment, and send it to 8484. If PTA is compliant with its status, buy it. If it shows non-compliant, you have two options: do not purchase or check the amount of tax you will have to pay after you have purchased it.

You can register the device on the website of PTA and a tax slip will be generated by the system, which will tell you how much you pay in all.