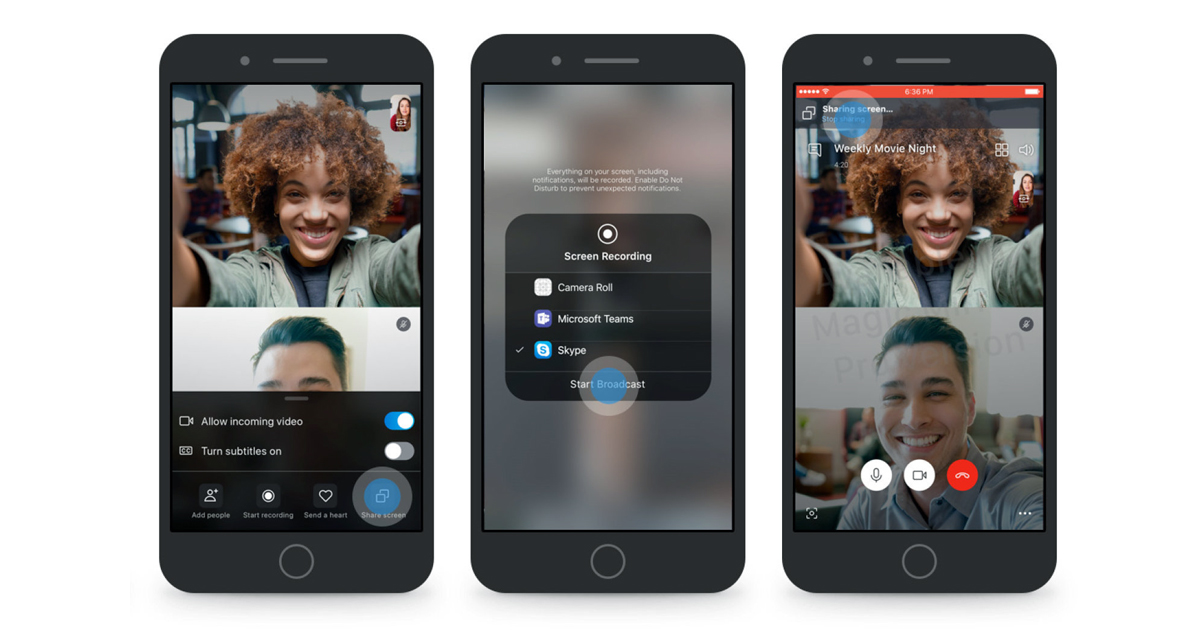 Skype adds screen sharing Feature to its Android & IOS Apps. Skype is turning its attention to mobile after sprucing up its web service. Its latest beta feature adds sharing of screens to its apps for iOS and Android.

It may not seem as important as other recent iterations by Skype, including group calls for 50 people (up from 25) and background blur in video calls, but it gives employees and friends another reason to stay locked in the app.

Microsoft imagines that you are going to use it to show your PowerPoint presentation to a colleague or swipe with a BFF through Tinder. It also distinguishes Skype from its biggest rivals (Messenger, WhatsApp, Snapchat), which all lack the feature surprisingly. Its absence on larger platforms has made it possible to fill the void with smaller applications that offer mobile screen sharing, such as Squad.

Of course, for Skype Insiders (aka beta testers) the feature is still only available in preview. And it’s not gone live on the Skype for iOS beta, according to The Verge. If the other experiments Skype has to go through are anything, screen sharing could roll out in less than a month.

Also Read: Google Stadia has the infrastructure but the content is missing

Samsung starts six smartphones from Galaxy A in Brazil