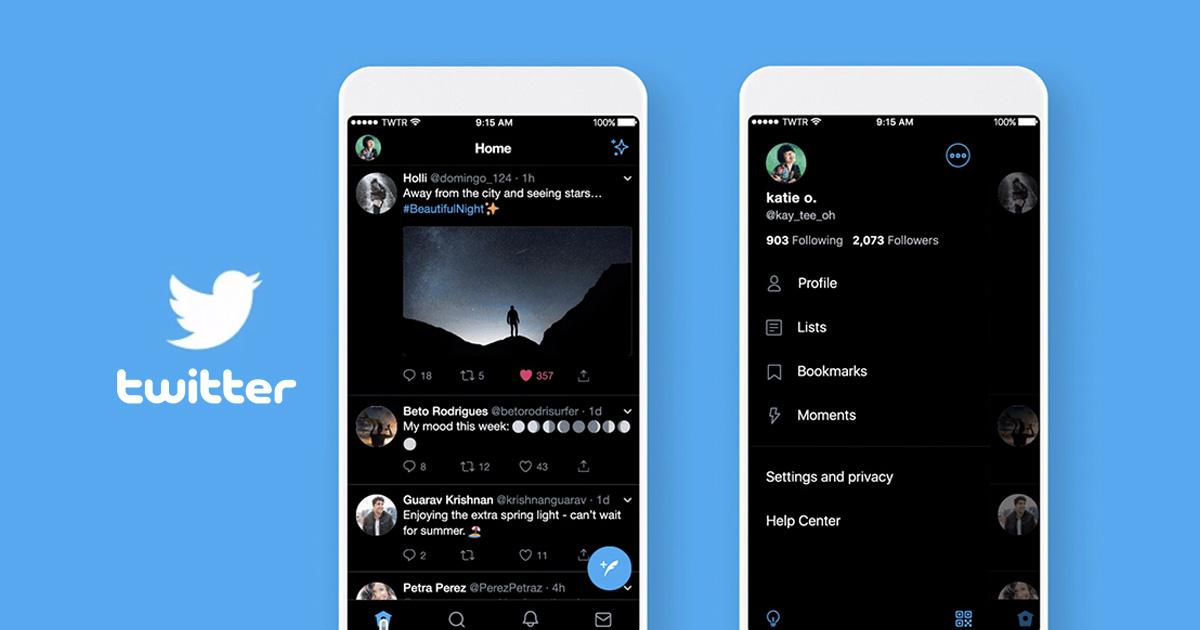 Twitter will launch it’s Android ‘Lights Out’ mode soon. For its multiple platforms, Twitter’s most famous micro-blogging website has been working on a few redesigns, and those redesigns also include an all-black dark mode for mobile devices. Android users haven’t been able to access the hyped dark mode feature that is called Lights Out mode for Twitter, but that’s going to change soon.

Dantley Davis, Vice President of Design and Research at Twitter, mentioned in a recent tweet that all-black lights out mode is on its way for Android users. The new dark mode is expected to arrive at the platform sometime in mid-September, according to reports from several media outlets.

Hey Android users: ‘Lights out mode’ on Android is on track to ship by mid-September. Now back to our regularly scheduled programming… pic.twitter.com/7ZIuz6ypWk

Also Read: Twitter limits bulk after spammers has been thwarted

In reply to a question about this delay in launching Android, Davis said that “prioritization is the main reason it takes so long.” Regardless, one can hope that the Android version of the dark mode feature of Twitter will arrive sooner rather than later, as Android Q software is right around the corner, bringing with it a system-wide dark theme.

The website of Twitter will also quickly receive a redesign that will make it comparable to the mobile app. The redesign will concentrate mainly on unifying the design of Twitter’s desktop and mobile variants. The website now provides a bookmarks tab on the homepage and if you want to see them later, bookmarks enable you to save tweets privately on your profile.