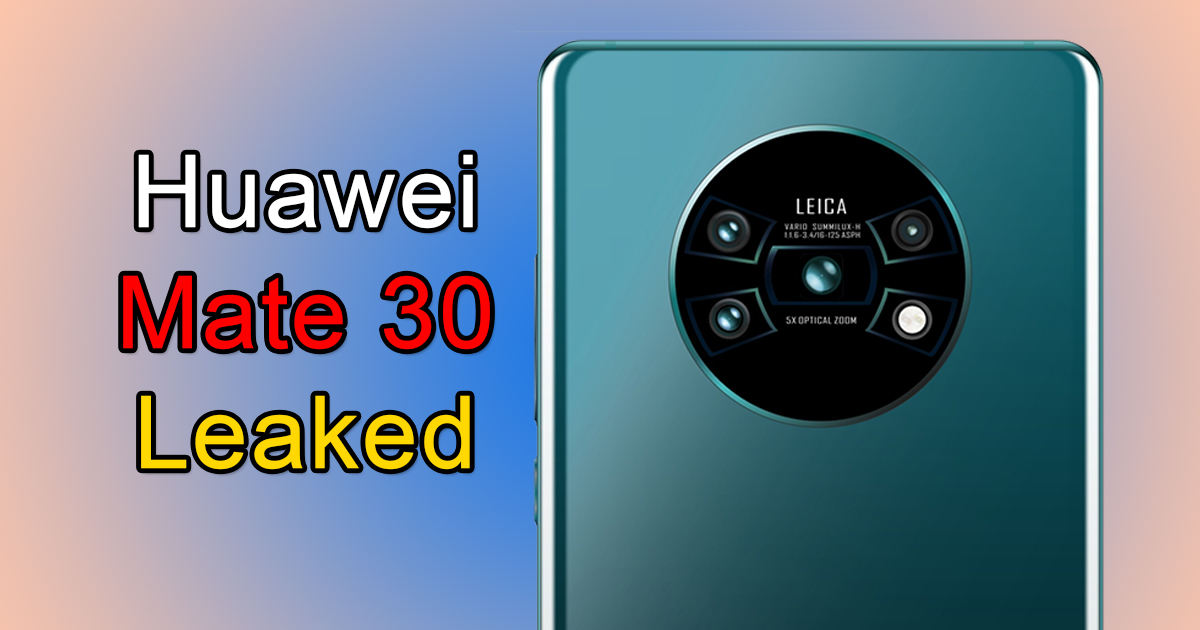 Huawei Mate 30 Leaks Shows Futuristic Circular Camera Design. Huawei Mate 30 Render Leak Reveals Quad Camera Design. The successor of the Huawei Mate 20, reportedly known as Mate 30 was leaked online in the ongoing trade dispute between China and the United States. The rendering of the Mate 30 has recently surfaced online, and it gives us a closer look at the new things Huawei plans to introduce in the successor of the Mate 20.

The obvious one you’ve noticed is the camera setup. According to the leaked render, the Mate 30 will receive four cameras, which, unlike its predecessor, the Mate 20 series will be placed in a circular fashion. And if you remember, three cameras combined with dual-LED dual-tone Flash came from the Mate 20 series. The Mate 30 is certainly offering better camera efficiency if what we see in the rendering is true. The render also indicates that the smartphone has a 5X optical zoom.

It is also rumoured that the smartphone that has yet to be released will have a 6.71-inch AMOLED screen with a refresh rate of 90Hz. Other specs include a 4,200 mAh battery, 55W quick wired charging support, and Kirin 985 SoC powering the smartphone.

While nothing is confirmed, it is said that the Mate 30 has a fingerprint sensor on the display. Otherwise, the smartphone, like the Mate 20 Pro, is expected to come in Emerald green colour and is likely to see the daylight this year in October.

Also Read: This may look like the Samsung Galaxy Note 10 Plus