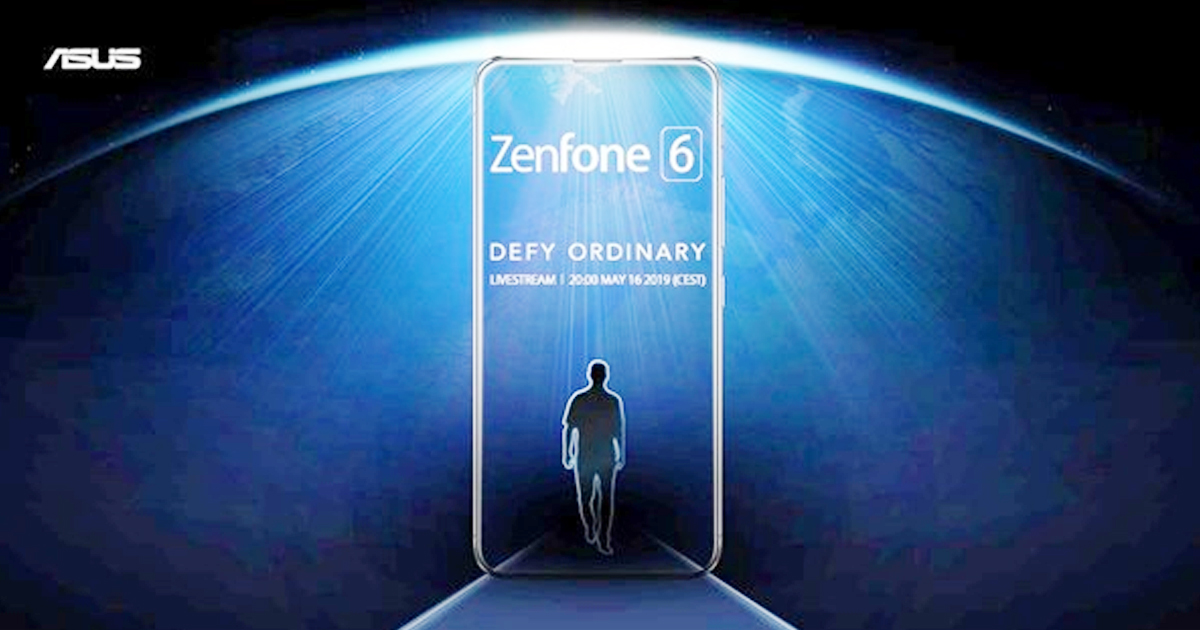 ASUS ZENFONE 6 ANNOUNCE POSTER APPEARS ONLINE. ASUS has already announced on Twitter the release of ZenFone 6. This device will be released on May 16 at a Spanish conference. The company has now released a new ZenFone 6 pre-heating poster.

The ASUS ZenFone 6 is using a true full-screen display without notch, waterdrop or punch-hole, according to the poster. While there are speculations that a dual-slide design will be used by this smartphone, this was not officially confirmed.

The ZenFone 6 will be equipped with the Qualcomm Snapdragon 855 processor and up to 363172 runs according to AnTuTu, ASUS I01WD. We have a 48MP selfie camera in the camera department and there’s a 48MP camera on the back as well (the rear should have multiple cameras). Whether the sensor is Sony IMX586 or the GM1 of Samsung is not clear.

From renders, this phone’s body does not have physical fingerprint recognition, so it is safe to speculate that this smartphone will come with a fingerprint sensor on-screen and an authentication feature for face recognition.

@evleaks also revealed that the 5G networking function of this mobile phone will be available. It is expected to be equipped with the combination of Snapdragon 855 and Snapdragon X50 5G networking chips, according to the past cooperation between ASUS and Qualcomm.

Furthermore, the ZenFone 6 was designed by the design team of ZenFone 5, so the camera performance and other aspects of this device are expected to be comparable with the previous ZenFone 5.