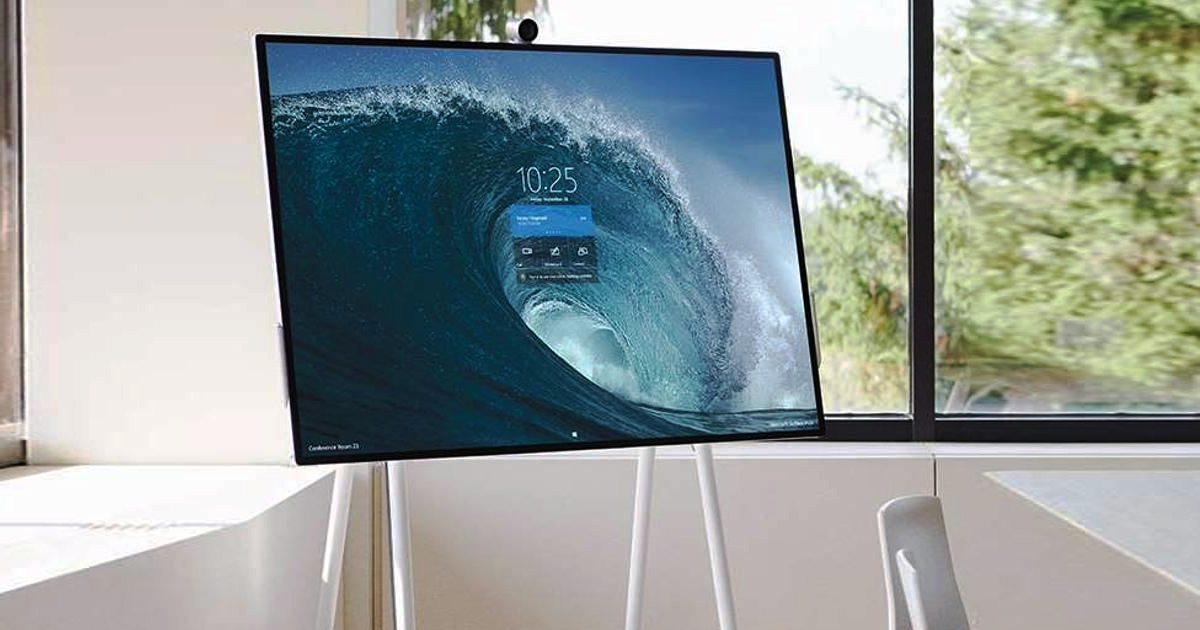 Microsoft Windows 10 Surface Hardware Massive Improvement. This week, with the introduction of the Microsoft Surface Hub 2S, Microsoft updated its Surface Device family. It’s so big that it needs wheels, you don’t really want to ask how much the external battery costs, but it snaps into focusing Microsoft’s hardware team’s efforts with business customers.

I think it’s safe to assume that many of the features in this iteration added to the Surface Hub will come from user feedback. It is noteworthy that its portability is the biggest change in the Hub 2S. A mobile easel is available through a partnership with Steelcase to wheel the touchable slab around the office, and you can add an APC battery pack to keep everything running whizzing around the office for even more options.

You shouldn’t think the goal here is to sell ridiculous Hub 2S numbers-though I doubt Microsoft’s sales would turn down. The goal, as I see it, is to use this as a central (sic) hub in business and to make sure the connective digital tissue is the local and cloud-based software of Microsoft.

The Hub is not a stand-alone (or even a wheel-alone) machine in particular. Although running Windows 10, Windows 10 Enterprise is a customized version called Windows 10 Team. While it can run regular Windows 10 apps (including the extensive range of cloud-based apps from Microsoft including Office, Teams, and One Note), the Hub family’s three main focal points are a collaboration, a meeting platform, and a digital whiteboard; all of which will integrate with other Windows 10 powered devices.

Microsoft would like to see your corporate buyer integrate into the mix other Surface products. If your office has a single Surface Hub then it is likely that there will be a cascade effect to provide Surface Studios ‘ designers and a mix of Surface Book, Surface Pro, Surface Laptop, and Surface Go machines across the rest of the organization.

But the Surface Hub 2S offers a top-down path to the world of Microsoft, unlike the on-ramp that the Surface Go offers the shop floor or the Surface Laptop offers in educational markets. All the disparate Windows 10 devices may have had connections through Microsoft Teams or collaborative document sharing, but in an enterprise environment, it is the Hub that can bring them together.