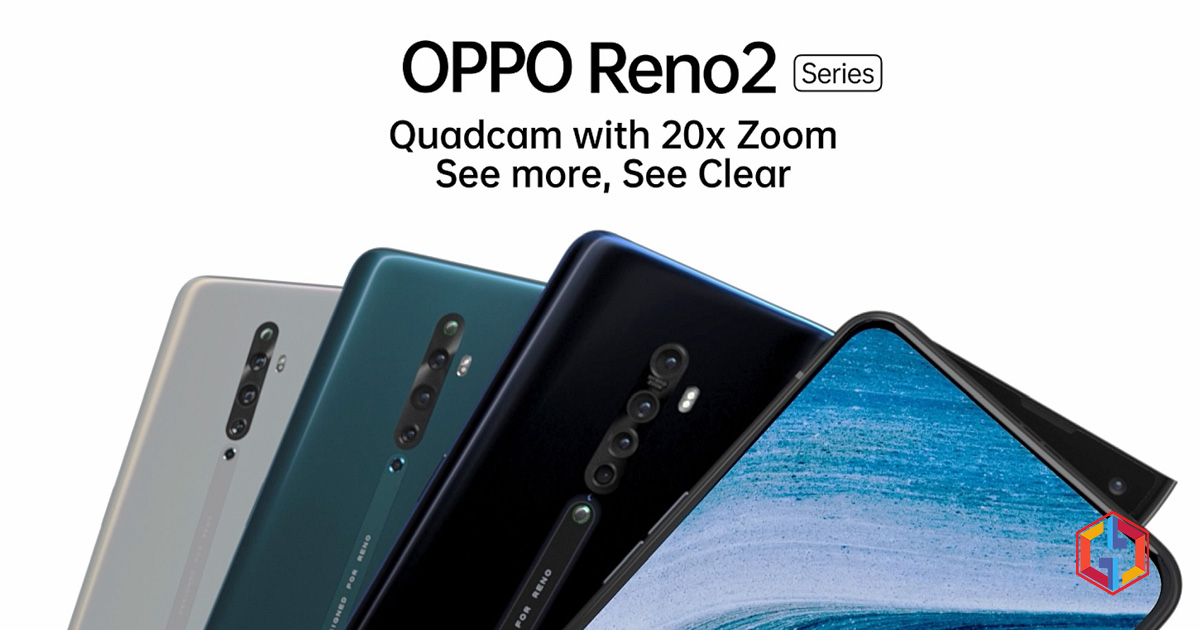 Oppo Reno 2 Specifications, Leaks and Features. What to expect from Oppo Reno 2 Variant. Oppo confirmed last week that the Oppo Reno 2 series was launched later this month, including a variant of 20X zoom. Now, the firm has decided to detail the standard Oppo Reno 2 with a week to go until the launch event.

The standard Oppo Reno 2 will be the first device to pack a chipset Snapdragon 730G, placed as a chipset focused on gaming. Qualcomm’s Snapdragon 730 G is basically a slightly faster version of the standard Snapdragon 730, offering 15 percent better GPU performance due to an increase in clock speed.

Look elsewhere on the spec sheet and you’ll find similarly impressive features like 8 GB of RAM, 256 GB of storage (it’s not clear if it’s fixed or expandable), and a 4,000mAh battery with VOOC 3.0 charging.

The Oppo Reno 2 will also offer an OLED 6.55-inch screen with a screen/body ratio of 93.1 percent, suggesting that the SharkFin selfie pop-up camera is also present on the standard model (similar to the original Reno). You also have in-display fingerprint technology of the third generation here— hopefully, it will be faster and more accurate than previous fingerprint options in-display.

Oppo hasn’t revealed any other Reno 2 specs, like camera details, but a TENAA filing appears to display a Reno device along with images (seen in the image). The filing reveals a rear camera combo of 48MP+13MP+8MP+2MP, a selfie camera of 16MP, 2x zoom capabilities, a display resolution of 2,400x 1,080 and a port of 3.5 mm.

We just don’t know about pricing, so we’ll probably have to wait for more information on the Oppo Reno 2 series until August 28. It still feels like a good upgrade over the initial Oppo Reno, which served a Snapdragon 710 processor and a battery of 3,765mAh. What would you like Oppo to see? In the comments, let us know!

PUBG Lite vs PUBG PC – Comparison of features and changes