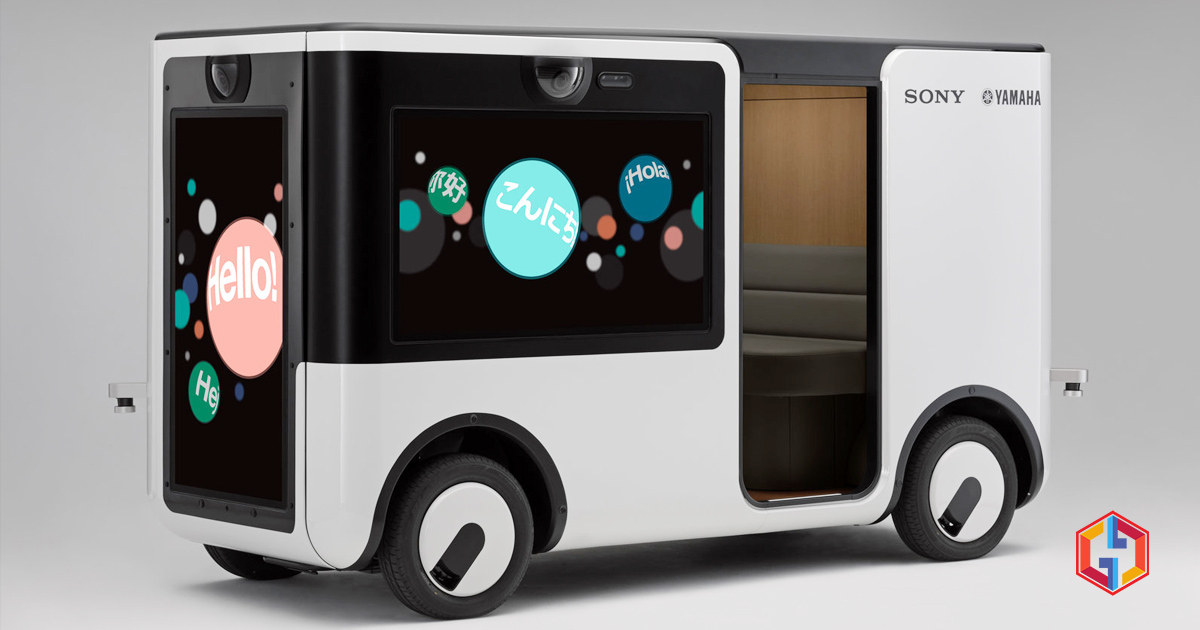 Sony and Yamaha make a theme park self-driving cart. It’s smarter, more comfortable, more durable than its ancestors. Remember how we said the self-driving idea of Sony’s SC-1 would create an excellent party bus? Sony seemed to have had the same idea. The firm is collaborating on the SC-1 Sociable Cart with Yamaha, an extension of the idea for entertainment reasons such as theme parks, golf courses, and “business equipment.”

The new version seats five people instead of three (and more comfortably), last longer through replaceable batteries and uses additional image sensors to increase awareness of its situation. Sony feels like the sensors are eliminating the need for windows as before. A 49-inch inside 4 K monitor provides a mixed view of the world’s reality, while four 55-inch 4 K displays bomber passers-by with ads and other material.

It will even use AI to optimize promotions for people outside on the basis of factors such as age and gender— not quite the level of eerily accurate ad targeting in Minority Report, but getting there. In fiscal 201 9 (i.e. before the end of March 2020), the two companies expect to use the Sociable Cart for services in Japan sometime.

However, it won’t be accessible for sale. Not that you would want one because of its glacial top speed of 11.8MPH. This is not your next pub crawl, exclusively for fun on closed circuits.

I visited your blog. I really loved your articles.

We’re a group of volunteers and starting a new scheme in our community.
Your website offered us with valuable info to work on. You have done a formidable
job and our entire community will be grateful to you.

Hey there! This is kind of off topic but I need some
help from an established blog. Is it difficult to set up your own blog?
I’m not very techincal but I can figure things out pretty quick.

I’m thinking about making my own but I’m not sure where to begin. Do you have any ideas or suggestions?