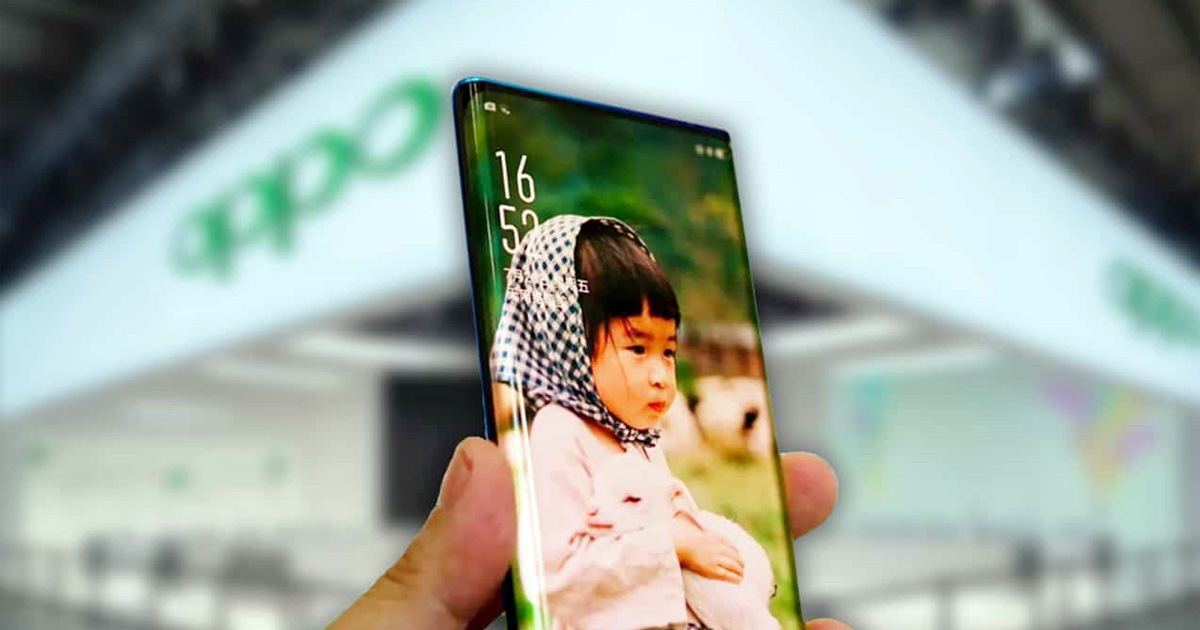 Oppo Reveals a Waterfall screen smartphone with highly curved edges. Curved displays are a trend that Samsung launched in early 2014 with the release of Galaxy Note Edge. It has also been perfected and popularized since 2015 with the Galaxy S6 Edge. At the time, Samsung was the only manufacturer that dared to produce a curved screen, but now, after a little bit here and there, we see the competition.

The Chinese manufacturers now want to take the curved edges to a whole new level, where we first saw some leaked images from Vivo’s curved screen, and now Oppo is showing off its own innovation.

Oppo, a Chinese maker, has tweeted some of his upcoming smartphone pictures. The screen, with extremely big curved edges and no buttons on the sides, is what makes it unique.

Oppo dubbed its latest display technology as a “waterfall display.” On a waterfall display, the curves literally appear to flow at 90 degrees around the corners of the device. Today’s teased prototype device has a screen with curved edges of 88 degrees.

The fresh technology looks phenomenal and can be as near as 99 percent for the screen-to-body ratio on future appliances. Even 100% is possible in the near future, according to Oppo.

For now, the prototype unit does not include a front camera, but it is expected that the completed unit will arrive with the earlier leaked front camera from Oppo. The smartphone has some really tight bezels up and down, and the waterfall display from the front makes it look like there are no side edges at all.

Also Read: The battle of 5G phones in China is heating up

At the September IFA fair in Berlin, Oppo is expected to unveil its new smartphone with the company participating. As far as the specs are concerned, the other hardware involved is not yet known. But the state-of-the-art technology is expected to arrive. The display aspect ratio could still be a rare 21: 9 based on the pictures, which was launched previously this year by Sony with the high-end Xperia 1.