TECNO brings another high-performance mid-range mobile in the market 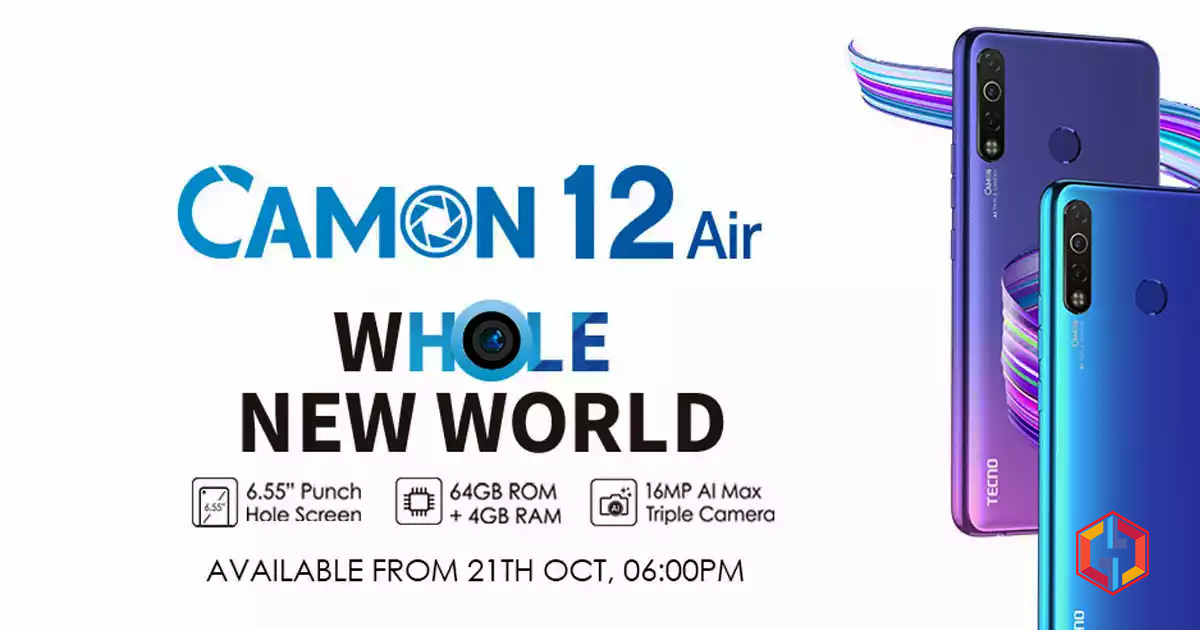 TECNO brings another high-performance mid-range mobile to the market. TECNO Mobile is adding to its Camon Series, Camon 12 Air, the latest addition. The TECNO recently announced another mobile Camon 12 Air will be launched shortly after the popularity of its previous smartphones Spark Go and Spark 4. The phone will be available both online and offline.

From the photos, the Camon 12 Air looks like an amazing device Looks-wise, with two striking colours Bay Blue and Royal Purple, the phone appears to be very appealing. The phone features a punch-hole display, also called DOT-IN DISPLAY, as seen from the leaked pictures of Camon 12 Air online.

TECNO brings another high-performance mid-range mobile in the market

The MTK 6765Octa-core Processor with powerful performance and less battery consumption technology is the CPU that this system comes with and is powered by a 4000 mAh battery.

The combination of 4 GB RAM and 64 GB ROM means that the device runs smoothly even with the most memory-intensive applications, including high-resolution videos that have longer playing hours that show no signs of lagging.

The processor is improved considerably and it will certainly allow you to surf the internet easily and can help users do a lot more on their mobile. In fact, the fast-running processor can make the sensors work quickly for great locking and touch screen interface functionality.

The processor also allows a MicroSD card to increase storage capacity. The P22 processor is the newest and was built in 2018. As always, TECNO has assured that the latest technology is included in this smartphone.

We may claim that Camon 12 Air features the latest upgraded processors relative to other market-based Android phones that come with a similar price tag. Therefore, labelling this machine as one of the most budget-friendly gadgets with the latest tech trends would not be right.

Samsung Galaxy A90 5G is currently available in China