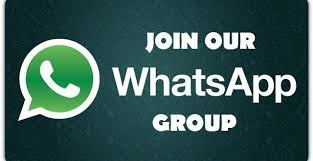 More often users are added to groups against their will which forces them to take extreme actions such as leaving the group and subsequently causing a degree of social friction.

Also Read: Twitter limits bulk after spammers have been thwarted

To overcome this issue, the Facebook-owned messaging giant finally found a way out as it now seeks approval from the user being added before joining them in the group.

By using new features, users will have more control over the group messages they receive,

To enable the feature of choosing which group you want to be a part of, go to your account settings and then press on the privacy tab to choose the group settings. There would be three options to choose from; nobody, my contacts, or everyone.

When you select “Nobody” as an option it then means no one will be able to automatically add you to a group without your approval. The option of “My Contacts” means only users in your address book can add you to groups while the “Everyone” option will not require any approval on the user’s end.

Users get only three days to accept the offer after which it expires.

The new setting is being rolled out and users will soon get to make the changes.